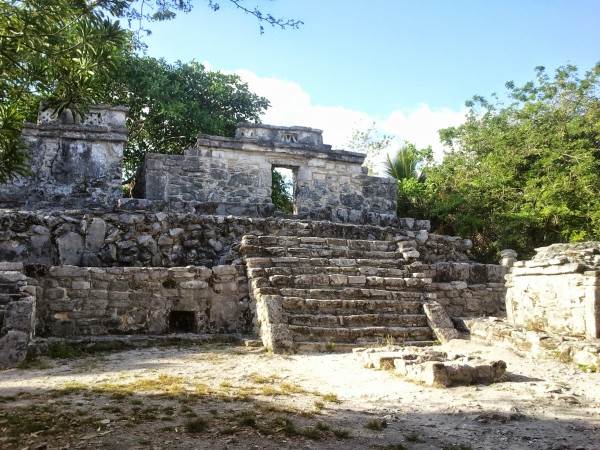 When most people think of Cancun and the surrounding region, they think all-inclusive resorts or Spring Break parties but the area actually has a lot more in the way of culture and history, especially Mayan history, than people think. The Yucatán Peninsula was an important region of the ancient Mayan Empire and still today, Mayan communities call this area of Mexico home.

For much of post-colonial history, Mayan communities have been marginalized, forced off their lands, encouraged to give up their traditions, and discriminated against. Despite it all though, the Maya continued to preserve their way of life, their language, and as many of their traditions as possible. Now, almost remarkably, Mayan culture has been given a rebirth in this region of Mexico, in large part due to the interest of tourists in seeing, understanding, and experiencing both the ancient and modern Mayan culture. One way that Mayan culture is being resurrected is through the preservation and study of Mayan traditions. Even traditions that had died out are being brought back to life, thanks to the work of archaeologists, anthropologists, and Mayan elders. One good example of this is the Sacred Mayan Journey.

This coastal region of the Yucatán Peninsula was once home to the small Mayan port city of Polé, whose ruins now sit inside the cultural park of Xcaret. Through the work of archaeologists and historians, it was discovered that Polé was more than just a simple port city – it was likely the launching point for an ancient Mayan pilgrimage.

Generations before the Spanish arrived, the Maya would leave the coast of the Yucatán Peninsula in small wooden canoes, rowing towards the island of Cozumel to visit the shrine of their goddess IxChel. IxChel was a very important religious figure for the ancient Maya, a Moon Goddess, and goddess of both fertility and medicine. The devote would make the 60 kilometer round trip journey to pay their respects and to ask the Goddess for health and fertility for the coming year.

If this tradition did survive until the time of the Spanish conquest, it was quickly destroyed. Today though, the tradition has been reborn as a yearly celebration in the form of the Sacred Mayan Journey.

While in the past the journey was strictly religious, today the Sacred Mayan Journey is about so much more. It celebrates Mayan culture and the pride of the Maya people, it educates visitors on the traditions of the Maya, and the challenge of the journey brings together both Mayans and non-Mayans. It feels a bit like pow wow meets Disneyland style show meets hardcore marathon.

Xcaret is the main sponsor of the event and uses the Sacred Mayan Journey as a chance to both educate and entertain. The night before the rowers depart, a traditional pre-colonial style Mayan market, a Kíi´wik, is recreated where local Mayan artisans and handicraft makers are invited to sell their work. Visitors exchange their pesos for cocoa seeds, the traditional currency of the Maya, and the sellers wear clothing typical of this region in pre-colonial times. Afterwards there is a performance where the story of the Maya and their ancient pilgrimage is told through song and dance.

In the morning things get real with 300+ rowers hitting the beach at dawn, ready to set out for their 6-7 hour journey across the sea. These rowers have been training for 6 months, fighting strong currents, large waves, and exhaustion under the strong Caribbean sun. Rowers participate for a variety of reasons – some are Mayan and here to honor their heritage, others are here for the spiritual journey, while others are in it for the mere physical challenge of such an expedition. They will row to Cozumel today, visit the shrine of IxChel, and row back the next day.

The Sacred Mayan Journey is held in May every year, usually running Thursday night through Saturday. The event is marketed towards tourists visiting Cancun but is also popular with locals, who come out to cheer on their friends and family members rowing. If you are interested in seeing the event, you can buy tickets ahead of time through Xcaret.

*Disclosure: I attended the 2014 Scared Mayan Journey as part of a media press trip. I was not required to write this post though and all opinions are my own.