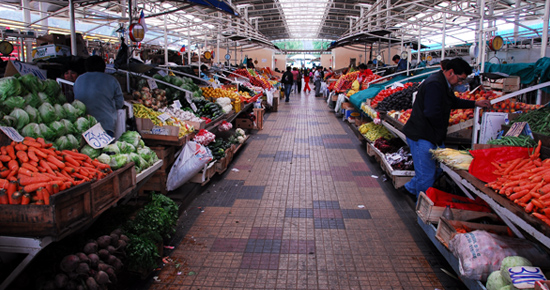 Aromas of poetry, native culture, and modernity permeate this city.

Temuco is by far the youngest of the major Chilean cities.  Located just under 700 km south of Santiago, it was founded in 1881 following a prolonged negotiation with the Mapuche Indians, the native inhabitants of the land.  Since its founding, the city has grown rapidly due to the influx of European settlers like Teodoro Schmidt, the person that outlined the city’s urban plan.

The combination of German, Mapuche, and Chilean influences are evident throughout the city.  The Mapuche, for example, continue to claim their rights to much of the Araucania Region.

Visitors to the area’s museums admire Mapuche silver jewelry and enjoy traditional German, Mapuche, and Creole cuisine.  They also frequent the modern shopping and residential areas of the city, as well as, the traditional German pubs.

Although it often rains in Temuco, the city does not receive the most rainfall of the country’s major cities.  However, Noble Prize laureate Pablo Neruda, who lived in Temuco during his childhood, contributed to the city’s rainy image through his work.  The city is also known for the abundance of zinc roofs that have a distinctive sound when struck by rain.  The city also often is permeated by the smell of wood smoke emanating from chimneys.  Nonetheless, during the summer, temperatures are warm, and inhabitants often travel to nearby lakes and the ocean.

It is five minutes from the center of the city and has been recognized as a national monument.  This is partially due to the abundance of native species growing in the 90 hectares of green space, including the copihue, the national flower.  The base of the hill is also the site where a peace accord was signed between the Chilean government and the Mapuche people in 1881.  Included in the area are 5 walking paths, picnic areas, and a spectacular view of the city.  Thrill seekers also enjoy the areas zip line, where individuals hang from pulley attached to a cable line and glide from tree to tree.

It occupies an entire downtown block and is divided into three sectors: handcrafts, restaurants, and food supplies. It showcases a variety of regional products.  Popular items include traditional Mapuche knit garments, silver jewelry, musical instruments, and household goods. The market is also a highly recommended place to sample traditional cuisine at its famous Creole restaurant.  The market is located at Rodríguez 960.

It is located in the old Carlos Thiers house, which was declared a national monument in 1997.  It has showcased various samples of Chilean history since 1940, including over 3,000 archaeological, ethnographic, pictorial, photographic, and other historical artifacts originating from the 15th through 19th centuries.  One of the most important holdings is a Mapuche jewelry and textile collection from the 19th c.  The museum is located at Avenida Alemania 084, and the phone number is (45) 739952.

This House displays a comprehensive collection of Mapuche hand woven objects.  It is also a place where crafts, textiles, pottery, and silverwork are produced and sold.  The purpose of its activity is to preserve original Mapuche production techniques, which have been passed down over the course of generations and form an important part of Mapuche heritage.  Visitors can witness the craftsmen at work as they apply these techniques to produce new goods.  The address is Calle Portales 1190 and the phone number (45) 233886.

It is located 56 km to the west of Temuco and has an interesting history.  The founding of Carahue dates back to 1552 when Pedro de Valdivia prospected the area for gold.  However, it was not until 1882 that the town was formally incorporated.  Today, it is home to the largest potato market in the country, as well as, the Vapor Age Museum, which chronicles the history of train engines in the region.

They are located 87 km west of Temuco.  Although people call it a port, it is actually a popular seaside resort.  The principle industries in this town of 14,000 are fishing and tourism.  It also showcases three nearby beaches: Maule, Los Pinos, and Boca Budi.  Many of the quality hotels in the town offer amenities such as hot salt water springs and fresh seafood restaurants.

This lake has a very unusual history.  In the aftermath of the catastrophic earthquake in 1960, a tsunami flooded it with salt water.  Today, the Haupi area separates the ocean from the lake, and is the site of several native settlements, as well as, Mapuche Playa Puaucho Recreational Center, a project developed by the Mapuche community.

It is located on the Llaima volcano, one of the most picturesque volcanoes in the country.  Although the volcano is active and occasionally spouts fire from the top, it is not destructive.  The resort is located in the middle araucaria pine forests, and includes cafeterias, accommodations, and over a dozen trails.