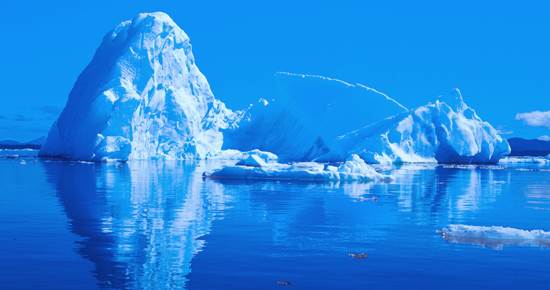 Chile is a country of contrasting climates and weather. Many of its northern deserts have seen no rainfall for hundreds of years, but in parts of the Atacama area, occasional brief showers make the desert blossom. And on the island of Guarello, in the Straits of Magellan to the south, 9000 mm of rain (354.3 ins) fall each a year, more than Bergen in Norway—one of Europe’s rainiest cities.

The climate of the central zone is mild and warm, with rainfall increasing in the south, where it feeds the millenia-old forests of the Lake District. The Patagonian south is icy and cold with strong winds, and the Chilean Pacific islands – Easter Island and the Juan Fernandez archipelago – enjoy warm and subtropical climates. The seasons follow the typical pattern of the Southern Hemisphere, with winter in the months of June-August and summer from December-February.

Chile’s Norte Grande (“Great North”) is the perfect choice for travelers seeking a warm, dry vacation climate. In the coastal cities of Arica, Iquique and Antofagasta, average temperatures are warm and comfortable, ranging from 20˚ – 25˚C (68˚ – 77˚F). Days may occasionally start out cloudy, but sun and warm weather usually prevails. In the daytime, shorts and a t shirt should be fine, although a sweater for the evenings is recommended.

In the desert region, weather conditions become more intense. During the day, temperatures may range from 30˚ – 50˚C (86˚ – 122˚F), and can drop at night to an icy -15˚C (5˚F). It is absolutely essential to take appropriate warm clothing. In the highlands (the “altiplano”), in places such as San Pedro de Atacama, temperatures drop overall due to the altitude.  February is known as the “Altiplano winter”, because of the intense rainfall, and it is advisable to take a windbreaker, thermal and waterproof clothing. A good UV sunblock is also indispensable, as solar radiation is stronger in these parts of the north.

In Chile’s Atacama and Elqui region (also called “Norte Chico”, or Little North), the climate is characterised by sun, warm temperatures, and very clear and starry skies. Some of the world’s most important astronomical observatories are located in this area.

Towards the coast, the beaches at the cities of La Serena and Caldera offer a Mediterranean climate. Shorts and t shirts are the only clothing needed, plus a good sunblock. Rain is very rare, and local farmers use the ‘Camanchaca’, a coastal fog phenomenon, to irrigate their crops.

To the north of the region is the Atacama Desert, the driest desert in the world, with temperatures ranging from 35˚ C (95˚ F) at midday to 0˚ C (32˚ F) at dawn. Light clothing for daytime and thermal wear for night are absolutely essential.

In the northern valleys between the Andes mountain range and the ocean, such as the popular Elqui Valley, days are warm and nights are cold. As with the rest of the country, temperatures are lower in the highlands because of the altitude.

In this area the climate is what many would consider ideal: Mediterranean, with warm summer days and cool nights, providing perfect conditions for farming and, in particular, the production of the renowned Chilean wines. From September to April, days are for the most part sunny, especially in the coastal area and the cities of Valparaíso and Viña del Mar. In mid summer the average temperature is 20˚C (68˚F). Mornings are often misty, clearing away towards noon. Further inland, temperatures rise and light clothing and sunblock are recommended.

Summer temperatures in Santiago, the capital city, are often over 30˚C (86˚F) during the day, but drop at night to around 15˚C (59˚F). In mid-winter the Andes become an irresistible destination for skiers, with snow beckoning between June and October. Rainfall increases during the coldest winter months and temperatures may fall to 8˚C (46.4˚F), so warm and waterproof clothes are advisable.

Lakes and Volcanoes
Bío Bío, Araucanía and the Lake District

The central valley’s mild climate changes from the Bío Bío area southward. The city of Concepción has an average summer temperature of 17˚C (62.6˚F), with some rainfall, which becomes heavier between May and August. Temuco, Valdivia and Osorno are very rainy cities, but still see some of the warmer climate of the north.

Further south, in the island of Chiloé, rain and humidity are more severe, with 4,000 mm rainfall in some places, although the summer also features sunny days. Temperatures are very low in the mountains, as you would expect, with heavy snowfalls in winter.

The intense lush forests and jungles in the south are nurtured by ongoing, plentiful rainfall. In winter, rain may pour for hours, days and weeks and umbrellas, raincoats and waterproof boots will be essential. However, the south also sees some beautiful, radiant sunny days, completely cloud free. Between December and February, the white snowcapped volcanoes, the lush vegetation and the calm lakes provide unique and unforgettable picture-postcard views.

The southern tip of Chile is also the southern tip of the planet. Two or three centuries ago, the indigenous inhabitants of Patagonia covered their bodies with sea lion fat and guanaco furs to survive the extreme climate. The rain, cold and wind (which can blow at speeds of up to 40kmph) are truly severe. In midwinter, the cities of Punta Arenas and Puerto Williams, the latter being the southernmost city in the world, are completely covered in snow. However, warm and sunny days are not unheard-of, especially in summer.

Torres del Paine is a must-see destination and offers a more benign climate, with temperatures rising as high as 25˚C (77˚F) in summer. Thermal garments are still recommended, however, as variations in the weather occur frequently. Sunblock is important throughout Patagonia, as ultraviolet radiation is higher than elsewhere in the country.

The original name of Easter Island is Rapa Nui, a part of the non-continental Chilean territory. The climate in polynesian Rapa Nui is usually sub-tropical. Humidity, heat and sun are intense in summer, especially in January and February, with temperatures rising up to 28˚C (82.4˚F). However, expect the sporadic heavy rainfall that is typical of the tropics. The coolest and most comfortable months to visit Easter Island are July and August, because of the lower tourist influx. Light clothes, shorts and t shirts are advisable in the summer while trousers and a sweater are recommended for the winter months.

The Juan Fernández Archipelago is also located in the midst of the Pacific Ocean. Its Mediterranean climate attracts many diving enthusiasts.  The water is warmer than in the continental coastal waters, which are chilled by the Humboldt Current coming from Antarctica. In summer, temperatures reach an average of 18.7˚C (65.7˚F) while in winter they descend to 7.3˚C (45.1˚F).

Vegetation is diverse and jungle-like – it was here that the legendary Scottish explorer Alexander Selkirk survived his shipwreck, inspiring Daniel Defoe to write his 1719 novel Robinson Crusoe.