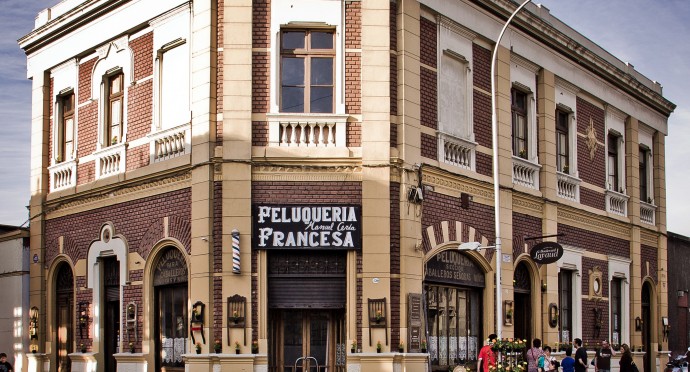 This neighborhood is considered as a jewel in the history of the country and it is currently an active cultural center.

The Yungay Neighboorhood, located in the central western area of Santiago is one of its best known and emblematic neighborhoods. However, it wasn’t always like this. Before its urban development, the Yungay area used to be a rural one, right outside the city’s limits. Today, it is part of the Ruta Patrimonial de Santiago (Santiago’s Heritage Route), and it was named “Zona Típica” (Typical Area), owing to its historical and cultural past.

The neighborhood was created after winning a battle that took place in the area in 1838. José Joaquín Prieto, President of Chile at the time, made of it a residential area that housed the most distinguished families of the time in impressive houses. The buildings still stand today and are regarded as architectural heritage of the area. The peak time of the neighborhood came with the arrival of the railway that connected the area with different destinations, such as the Alameda station, or Central Station, as it is known today.

However, as time went by, the neighborhood started to decline, victim of the earthquakes that hit the country and also due to the urban development that made its powerful residents to move to other areas of the city. Nonetheless, during the nineties, some renovations were made with the aim of changing the image of this neighborhood, while still keeping its essence. For example, the renovation of the Yungay square, which improved the square’s illumination system and also renovated the kid’s area.

Nowadays, apart from being a reflection of the local culture, the Yungay neighborhood is a touristic area that has plenty to offer. Cultural institutions have been established, of the likes of Museo de Arte Popular Americano (Museum of American Popular Art), where the exhibitions present the work of people with no formal training in the arts, who use material from their everyday environments in their art. Also, two theaters run in the neighborhood: Teatro Camino and Teatro Novedades. In addition, churches like Parroquia del Sagrado Corazón de Jesús and the Capuchinos church are proof the great historical and architectural value of the neighborhood. Other attractions include the Peluquería Francesa, the former house of educator and scientist Ignacio Domeyko and the different restaurants around the area, such as Isla LinLin, which offers traditional dishes such as “pastel de choclo” (corn pie) or “pastel de jaibas” (crab pie), along with some popular drinks like the “Terremoto” (made of a humble white wine, granadina liquor, and pineapple ice cream).