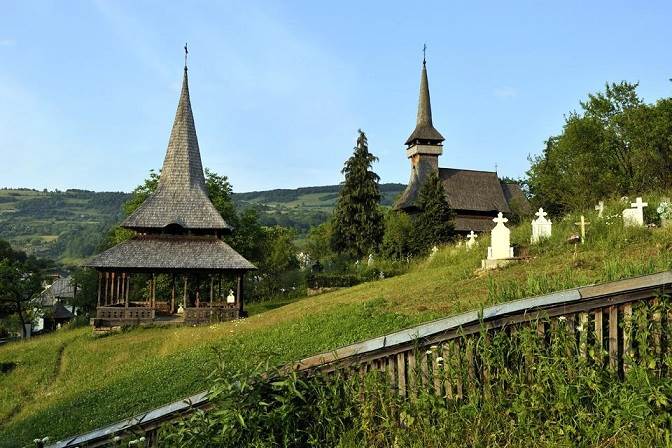 Perched on the coast of the Black Sea, Romania is one of the largest countries in Eastern Europe. Famous for the tales of Count Dracula, the fascinating nation is much less visited than many of its European neighbours – yet has an abundance of highlights that should entice the intrepid traveller. The region of Maramures, also known as Land of the Wood, is nestled in the very north of the country, sharing a border with Ukraine and in very close proximity to Hungary. Full of tradition and dotted with relics of the country’s rich history, the small area of Maramures is a must see for anyone visiting Romania.

Considered masterpieces of ancient Romanian architecture, there are eight wooden churches still standing proud in the region of Maramures. Dating back to around the 17th century, the churches are now included in UNESCO’s World Heritage List. Experiencing the famous wooden churches gives you a great idea as to why the region is known as the Land of the Wood – some of the early examples of these structures are made solely of wood, even down to the nails. It’s thought that during the Middle Ages, the Romanian peasants were forbidden to build their churches in stone by the Catholic Hungarians. The locals therefore built churches entirely of wood and ensured the very tall spires were high enough to rise above the Catholic structures! The inside of the churches are just as impressive, with paintings and murals depicting religious events and everyday beliefs.

Far from your traditional grey-stoned cemetery, the Merry Cemetery is one of the most popular tourist attractions in Romania. Dating back to the 1930’s, the sea of colourful grave markings is the work of known artist Stan Loan Patras – a Romanian sculptor, painter and poet whose work represents old Romanian tradition. Born into a family of wood sculptors, Patras dedicated his life to creating tombstones in his own unique style. He would carve short poems into them, followed by painting figures and finishing with painting the artwork in bright colours. The creations on the tombstones normally represented the person who was buried below, and often depicted their death in a humorous way. This was connected to the beliefs of the Dacian culture, who believed death was simply a step into another world and better life. The cemetery holds some 800 wooden grave markings and put the sleepy town of Sapanta on the Eastern Europe tourist trail.

A large part of travelling is opening your eyes to the traditions and practices of other cultures around the world. There are countries who have embraced the modern and those who cherish their unique heritage. Romania is one of those countries. Steeped in history and legends, setting foot in the villages of the Maramures feels like stepping back in time. Agriculture is still one of the most important practises in the Maramures region and labours such as plowing, planting and hay making are still mostly done manually. You can also observe pottery demonstrations, see how traditional watermills play their part in daily life and learn about why wood carving is one of the most popular activities in the area. Many people observe that visiting Maramures is much like experiencing ancient rural life, and with such a fast-paced world constantly whirring around us, that idea sounds pretty idyllic if you ask us.

Romanian cuisine comes straight from the heart. Think home-cooked, simple ingredients that fill you with warmth on a cold night. Some of the most popular food in Maramures is polenta, meat, potatoes and starchy vegetables, and be warned that the portions can be on the larger side! Try the local sausage and cheese. And don’t forget about horinca, a very strong and locally made version of brandy. It comes in different flavours, favourites being plum or apricot, and it’s perfectly normal to be offered a shot if you visit a Maramures home. According to superstition, if the guest does not finish their horinca, the families youngest daughter will not marry, so best drink up!

Over-tourism is one of travel’s latest buzz words. With photos of people crammed into the streets of Venice and queuing for hours to reach the top of the Eiffel Tower, to the removal of the “I-am-sterdam” sign due to overcrowding, Europe gets its fair share of international travellers. We believe that in order to keep travel sustainable for every country, it’s vital to do your part and visit the lesser known destinations. And you might even be surprised at what wonderful things they have to offer! You might not get iconic shots of famous landmarks, but you’ll enjoy less crowds, cheaper prices and the enjoyment that comes with telling your friends and family about the hidden gems you found. Because of this, we believe Romania should be added to every Europe travel list!