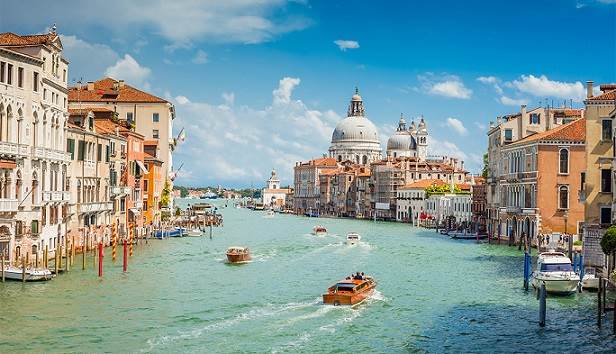 The changing of seasons doesn’t have to be a bad thing, with September comes exciting possibilities for spend-thrift travellers, which let’s be honest, is most of us. Why not save on flights and accommodation outside high seasons so that you can splurge on gelato and local market souvenirs, or bigger ticket experiences. Did someone say hot air balloon ride? Michelin star meal? The benefits don’t stop with the savings, shoulder season also means less crowds, therefore less queuing and a lot less frustration. If it works around your life commitments, it’s a win-win. So what are the best September shoulder season destinations? We compiled 6 of our favourites below.

Italy’s always worth visiting, the food is delicious no matter the season and the Colosseum, Leaning Tower of Pisa and Uffizi Gallery are epic, come rain or shine. September in Italy promises less crowds and sunny but not sweltering days, making sightseeing more enjoyable. September also coincides with the harvest, across the country food festivals fill towns, villages and city squares alike. Not a food-focused traveller? There’s always the Venice Lido where you can celeb spot and watch Hollywood cruise around the canals.

Buenos Aires delivers in spades. As spring gets into its stride and the city wakes from its winter slumber, the music events calendar also starts to gear up. If you weren’t already convinced of Buenos Aires’ credentials in cool, avant-guard and visionary Muktek Festival touches down in the capital in September for its Argentine edition, bringing with it those at the forefront of creativity in sound, music and audiovisual art. If that’s not your thing, the usual haunts Recoleta Cemetery, Boca, and Palermo will get you well acquainted with the city. Patagonia thawes after its long winter freeze with the new season starting in October – stay on for a bit and hike those trails with us!

South Africa’s shoulder season is between September and October and offers something close to safari perfection – manageable mild temperatures. Afternoon rains are common but won’t impact on wildlife viewing. The parks are less crowded, which makes the experience a lot more intimate and authentic. Cape Town’s also got good things going on, in the form of festivals, from culinary to literary (Open Book Festival, Noble Vice – wine and culinary festival and Fitch & Leedes Gin festival to name but a few). It’s all happening! Stay for a while, take the Garden Route to explore vineyards, coast and the Cango Caves in Oudtshoorn. Go on, do it!

Beautiful Croatia is making quite a name for itself and evolving ever more quickly, but the August crowds, seduced by miles of Adriatic turquoise coast, medieval town centres and picturesque hikes, are sometimes overwhelming. Enjoy the country when it’s at its most colourful and book for mid-end of September, as the leaves change colour. September sees visitor numbers drop back to normal levels so you can hike, sightsee and soak up the atmosphere without interruption. September plays host to some late summer music festivals, including the one we’re interested to experience – Goulash Disko – entirely independently funded since 2013. Croatia is evolving, but it’s still in touch with its Balkan roots.

Georgia has one of the oldest wine-making traditions on the planet, with an almost equally impressive culinary heritage to match, head there in September as the harvest gets underway and feast. Georgia is still an off the beaten path destination, so crowds are not yet an issue but the Caucasus Mountains are decidedly chilly in the winter months, September is perfect for bright days out on the trails. Tempted by unique and undiscovered Georgia.

The great migration is governed entirely by the rains, which are fairly unpredictable and changing in pattern as a result of climate change. Nevertheless, you stand a good chance of seeing wildebeest, zebra and antelopes crossing the Mara River as they migrate from the Masai Mara to the Serenegti in September, even though no one ever knows for sure when they will decide to move. Disclaimer: it could take place at any point between June to October, which is a large window! September is actually a peak season for the Masai Mara and Serengeti National Parks, but it’s still a great time to visit, with more affordable flights available as the northern hemisphere summer holiday period ends.