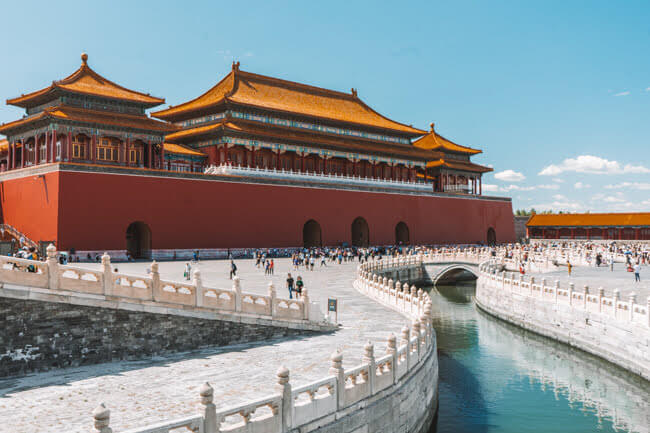 Do you believe in ghosts or other paranormal presences? For years many have been fascinated by the stories and experiences that people around the world have had with other-worldly beings, often wondering if we’ll ever really find out if they’re real or fake. So whether you believe or not, and with Halloween fast approaching,  let us indulge you in a spooky tale or two on some the most haunted destinations that you could be visiting on a group tour with Tucan Travel…if you’re brave enough.

While the Forbidden City in China is very much a popular spot to visit on a tour, it also holds a haunted past. With over 600 years of history and assassinations at the hand of the Emperor, it’s no surprise that guards have reported paranormal activity around the grounds of the Imperial Palace. A common story is of a woman in white who as recent as the 1990s could be heard sobbing loudly around the grounds at night.

When you think of Cape Town you think of it’s natural beauty, from the majestic Table Mountain to its white sandy beaches. But did you know one of its oldest buildings is said to be haunted? The 17th century Castle of Good Hope was originally built by Dutch colonists and was once a well known government building that has since been declared a historical monument in Africa.

There’s no doubt about it – Europe is arguably home to some of the most haunted destinations in the world, but have you ever thought about Slovakia? It’s capital city of Bratislava is known to be one of the oldest cities in Europe and is not only surrounded by vineyards and the picturesque Carpathian mountains, but is filled with ghost stories that have been told by its residents for years.

Legend has it that a local woman called Ursula fell in love with the same man as her friend, to which angered her and led her to accuse the other girl of being a witch. The accusation resulted in the death of the girl who was burned at the steak, which left Ursula feeling tortured by her guilt. Many say that her ghost has been spotted in the tower.

Colombia is known for having a dark history, enough to inspire plenty horror stories, but there are infact many local legends and spooky sightings that have spanned for years. One of which, concerns the Candelaria neighbourhood of the capital city of Bogota.  La Candelaria is known as the birthplace of Bogota, meaning some of the houses and buildings are over 200 years old. And of course, there are plenty of unusual ghost stories from every corner to go with them. One of which, is the tale of the headless ghost dog…

Rumour has it, that the ghost of a headless black dog roams the streets of the La Candelaria neighbourhood. There’s even an entire road named after it, called ‘La calle de la cara de perro’ which translates to the street of the face of the dog. Bet you weren’t expecting to hear this kind of tale coming from Colombia, eh?