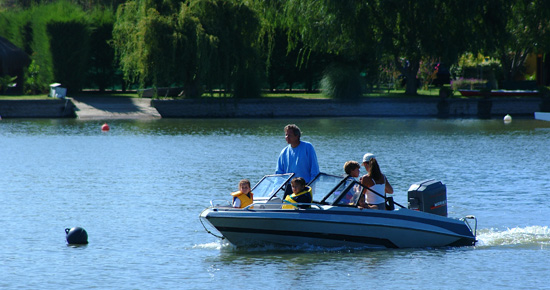 There are almost 40 heritage zones in the Central Valley. Here is a list of places to visit with a camera in hand.

From the natural beauty of Vichuquén to the water sports offered by the Lake Rapel, Valle Central provides a variety of alternatives with a strong accent on rural pride.

Deep inside the coastal mountain range and apparently eclipsed by neighboring Santa Cruz, Lolol is an enchanting place that seems to be frozen in the past. The buildings in the historic center are made of adobe, with long and beautiful corridors that connect the different buildings via the patios. It is a town that is representative of central Chile’s traditional architecture.

The urban layout joins remarkable natural reserves, such as the Federico Albert National Reserve, an example of the use of parks to stop the spread of dunes.

Small streets with the main one in the center; the smell of the countryside in every corner, large houses built higher above the ground than usual. From the outset these embankments lend character to a series of structures with long passageways and adobe roofs. The façade is continuous, with old doors and windows of varied shapes. It is worth a visit and the variety of cheeses made popular by the same name as the town are an additional attraction.

Not only the enchantment of the lake and the forests make this town 60 km west of Curicó famous with its 500 residents resting amid the silence and the indigenous legends that survive in the region. At 424 years of age, this is one of the oldest towns in the region and its architecture represents the colonial school that installed itself in this area close to the Sixth Region near a lake and the sea. As if there were not enough reasons to visit, look for the white clay handicraft.

The largest artificial lake in Chile is formed by the waters of the Cachapoal and Tinguiririca Rivers. Built in 1968, it covers a surface of 8,000 hectares and has a capacity of 720 million m3 of water. On the border between the Valparaiso, Metropolitan, and O’Higgins Regions, it is completely located inside the latter of these and is the main destination for lake navigation in the central zone and one of the main bathing resorts outside the coast.

The highlights are on the banks of the lake: a series of small farming villages that revive traditions and offer lodging for rural tourism. El Manzano, San José de Marichigüe and Santa Inés vibrate with tales and refreshing beers.

The region coast unites the countryside and the sea in perfect harmony. Farmers and fishermen coexist in a genuine identity. Scattered between Constitución and Curanipe are a number of small fishing coves, colonial towns, impressive rocky small islands with varied fauna, and even teams of oxen and surfers out discovering the new spots on the Pacific Ocean.

Two protected areas can be found along a 70-km stretch: the Reloca Nature  Sanctuary and the Federico Albert National Reserve, places that have prompted the coastal municipalities, including Vichuquén, to create a Coastal Wetlands Route with around 10 swamps and lakes that delight bird watching fanatics.