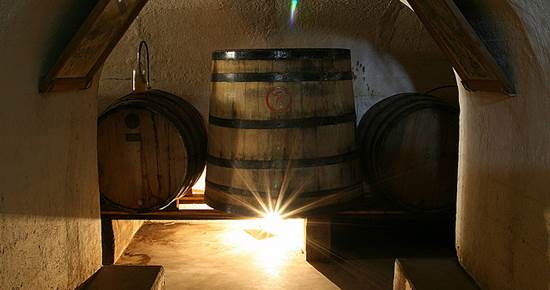 Driving through the Elqui Valley, 310 miles (500 km) north of Santiago, one thing strikes you, and it’s not the dramatic mountain peaks – barren and red in summer, snow-covered in winter – nor is it the quaint adobe towns, typical of Chile’s Norte Chico (“Little North”).

It’s the grapes. Rows and rows of trellises, laden muscatel grapes, all lined up and looking impossibly lush against the desert backdrop.

And if there’s one thing the Elqui is famous for – not including its favorite daughter, nobel prize winning poet Gabriela Mistral, nor the telescopes that take advantage of one of the world’s most star filled skies – it’s the grapes.

Or more to the point, is the final product of those grapes, Chile’s signature licor: pisco. In fact, locals are so proud of this brandy like spirit, they renamed one of the valley’s towns Pisco Elqui.

Here at ThisisChile, we’ve come with a beginners guide to the valley’s distilleries, many of which run tours that reveal the secrets behind the pisco production, and offer tastings and pisco based drinks – like pisco sour – for the thirsty traveler.

Pisco Mistral:
Along with Capel, Pisco Mistral is one of two of Chile’s pisco heavyweights. But big is not bad in this case, the resources of the Mistral distillery means that they can invest in an impressive “pisco museum” – that is, many of the original distillery rooms and tools have been preserved.

It also means that tours are frequent and offered in English as well as Spanish.

Entry is just under US$10 (CLP5000) and also gives you access to a premium “bodega” where you will find pisco varieties sold nowhere else, and standard piscos at reduced prices.

Pisco Los Nichos:
For a more low key affair, head to Los Nichos, also in Pisco Elqui, or at least 1.8 miles (three km) out of town. Eighty percent of the pisco brewed in Los Nichos is sold on sight, and the rest in local stores. That’s to say, you won’t find Los Nichos outside of Chile.

This quaint family distillery is over 130-years-old, and is the only certified organic producer in the region. Visitors should take a drink in the underground “crypt,” where pisco is stored for up to 80 years, and ghosts are said to appear in the photos of tourists. Tours run daily.

Solar de Pisco Tres Erres:
In the main plaza of Pisco Elqui, this  is the region’s oldest pisco distillery. Today it offers daily guided tours followed up by a tasting of its renowned Tres Erres pisco.

Pisco Capel:
In nearby Vicuna you’ll find the second of the pisco big guns – the Capel distillery, the largest in the Valley. Tours leave daily, in Spanish and English, every half an hour between 10:00 a.m. and 12:30 p.m. and again after siesta, from 2:30 p.m. to 6:00 p.m. Entrance itself is free.

This is one of the most informative tours of modern, large scale production.

Pisco Aba:
Just shy of five miles (eight km) out of Vicuna is Pisco Aba, founded by the pioneering Aguirre family. At the feet of the Mamalluca mountain, this is a classic artisanal producer, which still operates according to traditional techniques.

You can visit without charge and buy products that can otherwise only be found in exclusive bars and restaurants, including the house pisco, which comes at just over US$15.50 (CLP8000) or sip on a mango sour.