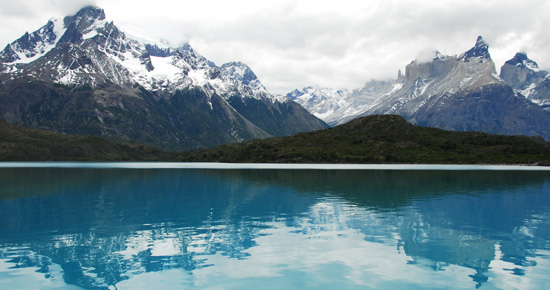 The most-visited Chilean national park is a paradise for hikers, adrenaline-junkies and nature-lovers alike. Grab your camera and hiking boots – this is one attraction you can’t miss.

Tucked away in a remote pocket of southern Patagonia is one of the most beautiful natural landscapes on our planet: the magnificent Torres del Paine National Park.

Declared a Chilean National Park in 1959 and a UNESCO World Biosphere Reserve in 1979, Torres del Paine is home to remarkable biodiversity. Pumas, foxes, guanacos and rare huemul deer live in four separate ecosystems, along with hundreds of bird species.

The iconic view of Torres del Paine – and some say of Chile itself – is the tall, twisted Paine Massif. A spur of the Andes, cut off from the main cordillera, it rises sharply from the lakes and grasslands into blue-grey granite cuernos (horns) and peaks, and is visible from almost all parts of the park.

The three torres (towers) themselves are best viewed via the day hike that departs from the Hotel Las Torres, marked on the official park maps. After a few hours of walking and a sharp and grueling final climb, the torres appear soaring above a high mountain lagoon. The hike forms part of the ‘W’ and ‘full circuit’ treks – see below – or can be tackled in a (long) day.

Another unmissable sight is Glacier Grey, which can be reached via a hike around the shore of Lake Grey. You can also take the more comfortable option of a boat trip out across the lake, topped off by a pisco sour served with a chunk of glacier ice.

The park contains some spectacular multi-chromatic lakes and waterfalls, of which Salto Grande is the largest and most well-known. This, and most of the lakes, are easily accessible  by car followed by a short hike. Ask at the park’s visitor centers for details.

Torres del Paine is a world-famous hiking destination. The park attracts thousands of hikers each year to take on its headline routes, the five-day ‘W’ and the longer ‘full circuit’, as well as its many shorter trails.

Horseback riding, rock climbing and kayaking are other ways for the adventurous-minded to get up close to the park’s extreme landscapes and stunning views. Tour operators in the nearby town of Puerto Natales can help with organizing these activities.

For creative travelers and shutterbugs, photography trips are becoming increasingly popular. Check out Wild Patagonia Nature Photography for information on photo safaris, or gather a group of like-minded friends and head out independently.

How to get there

Most visitors get to Torres del Paine from Puerto Natales, located 70 miles (115 km) away. There are several car hire agencies in Puerto Natales, and public buses leave daily from the town to the central park destinations. It’s also possible to drive up from Punta Arenas in the south.

Summer (November – March) is the most popular time to visit Torres del Paine, with warmer weather and easier conditions for hiking. However, the park is famous for its “four seasons in one day” climate, and any day of the year can see gale-force winds or heavy rain.

Autumn and winter are not out of the question and offer less-crowded trails and a unique southern light, beloved by photography buffs – but be wary of the shorter days if you’re outdoors.