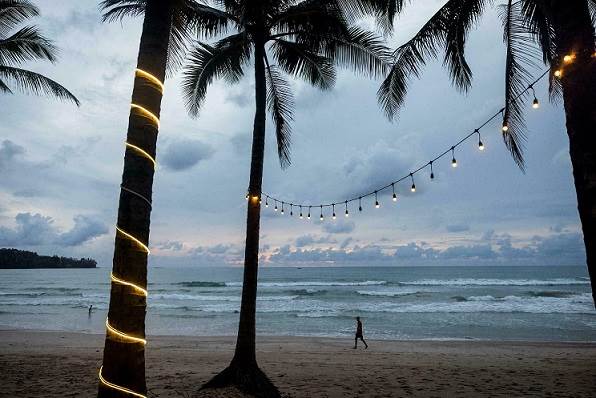 South East Asia, packed with beautiful temples, delicious food, breathtaking beaches and endless rice paddy landscapes. But when is the best time to go? Many people want to avoid the rainy season when making their travel plans, but actually, this can be the best time to visit!

When is the rainy season in…..?

Thailand’s monsoon season varies depending where you are going. On the side of the Andaman Sea such as Phuket or Krabi it begins in June and ends in October, but can occur as early as May. For the Gulf Coast like Koh Samui and Koh Phangan it starts in November and ends in May.

Both Myanmar and Laos have a shorter rainy season with it running from May to September. The actual main tourist spots of Myanmar like Bagan, Inle Lake and the Northern Shan states only get rainfall on 25% of all days during this season!

Cambodia is similar to Myanmar with the the high temperatures bringing rainfall from May to November.

If you have booked your South East Asia in the months listed above then don’t let this put you off. The rainy season is also known as the ‘Green Season’ and we have compiled a list of reasons why you should visit during this period!

Rainfall in South East Asia is very different from the drizzly, depressing rain you may experience back home. It is powerful, fast and may leave you drenched but it doesn’t last very long. It also tends to be quite warm as it is usually the tropical temperatures which have caused it.

The climate generally is more pleasant than the dry season. It is not too hot making sightseeing a much more comfortable experience.

3. Green as far as the eye can see

From lush paddy fields to tropical jungles, the landscapes are bursting with the green from the trees and plants. Your photos will look fantastic!

4. Fruit and vegetables are at their prime

Your ‘5 a day’ will be more than accounted for. Fruits and vegetables are at their most ripe and can be found in most restaurants, street stalls and hotel breakfasts. Why not try something exotic like jackfruit, native to South East Asia.

Pack in more time for sightseeing as there are more hours of daylight! Wake early, catch the sunrise, spend the day exploring the sights and even watch a late sunset! Make the most of your adventure travelling in the rainy season.

We have all been there. You want to get the best photo of a particular tourist attraction..but so does everyone else. Peak season means more people so why not visit when there are a little less tourists and cut down your queuing time!

It’s no secret that low season is generally when you get more for your buck. Prices tend to be lower from your flights to your excursion. Save some money and see the world!

Travelling in the low season means your supporting the communities who work there. Instead of a six month tourism season, countries can have a stable, year-round income which supports the locals who live there.

Like point number 5, less people means more choice. If you are booking extra nights, or have a specific interest, low season means more guarantee of getting it. Whether its a particular hotel or an optional excursion, you won’t have to fight the crowds!

South East Asia can get pretty dusty. The rainy season generally washes it away which is always good!