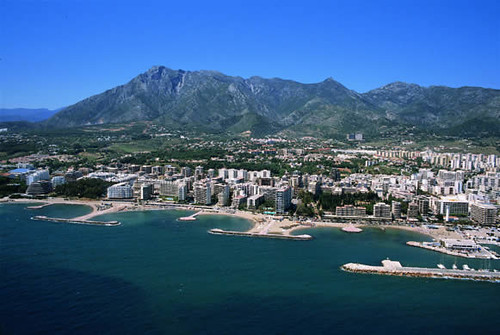 Marbella is a super luxurious and high profile city on the Costa Del Sol, Southern Spain.

Fondly known as the Spanish Riviera for its similarities to its neighbours on the Italian and French coast, this is real hotspot for the well-to-do of Europe and even beyond.

With year-round sun, beaches galore and designer shopping and exquisite dining an integral part of the local economy, it’s no surprise to see those with a few spare Euros exploit its offerings.

So, with an outline of the psyche of the area, and city itself, what, as a visitor, is there to actually do there? It really is entirely up to you, with an eclectic mix of natural and human influenced attractions, the choice is quite frankly endless.

Here, we’ve at least tried to narrow it down for you, just to help you get your bearings of this celebrity magnet before you book a little trip of your own. To Do in Marbella: What Does It Offer?

For foodies alone Marbella is an absolute must-visit city, the local Andalucian culture is steeped in traditional staples, including the world-famous gazpacho (a cold soup or broth), cured meats, fried fish as well as wines and sherries, all produced in the surrounding agricultural heartlands.

Marbella is fast-becoming a globally revered culinary destination, with a grand total of six Michelin Stars, lining its seaside streets, and for a relatively small city that’s no mean feat.

Skina , one of the most successful Michelin-recognised eateries has two stars, and very much draws influence from regional delicacies, bringing them up to speed and into the 21st century.

Dani Garcia’s restaurant of the same name also holds two of the famed Michelin Stars. Famed for his dramatic and indulgent tasting menus, the local chef also likes to play around with regional and national dishes, repurposing them into a whole new dining experience for those lucky enough to reserve a seat at his illustrious diner.

El Lago and Messina compliment the list with a Star a piece. El Lago is another eatery which garners inspiration from the local surroundings, whilst Messina is very much a globally influenced restaurant, with Thai infusions and roasted meat dishes, among the list of edibles available.

Marbella, being very much the playground of the elite and the wealthy, is the perfect place for a touch of luxury yacht watching.

Head down to one of the city’s marinas and while away the hours watching how the other half live.

You might even get lucky and meet an owner of a sail boat over a drink or two at one of Marbella’s famed charinguitos, which are beachside bars dotted across the city’s seafront, they might even be kind enough to let you sail with them around the area and check out one of the yachts first hand.

If worst comes to worst and you don’t have any chance encounters with the rich and famous, you can always take a chartered yacht tour and pretend your life is just as fun, at least for a day.

If you’re looking for an active holiday, Marbella is definitely the place for you. With 32 golf courses , it’s the perfect city for putting your putting skills to the test. Spain is also football (soccer) mad, so get in with the locals and start up, or join in, a game on the beach or street.

Being by the aqua blue waters of the Mediterranean is also great for more than just catching rays, you’ll also be in the prime place for a bit of water sports.

If the thought of all the above water sports has got you a little tuckered out and in need of a bit of retail therapy, aside from Beverly Hills, there’s few places on Earth that compare with Marbella.

Marbella is home to both international and local designer stores and boutiques, from the little known to stalwarts for the past fifty to one hundred years, it really does have a selection to suit all shoppers.

Puerto Banus is the destination for most of the high-end designer stores , with the likes of Gucci, Dolce & Gabbana, Burberry and Jimmy Choo all calling this area home.

If you’re simply looking for a town where you can take a towel, a book, a beach hat and some sunscreen and sit with an iced-cold cocktail in hand as the waves lap the shore before you, look no further than Marbella and the Costa Del Sol.

The reason that this city has become so popular with all holiday makers is due to the diversity of its beaches.

There are twenty in total which line the coast of Marbella, from calmer and shallower areas for the kids to splash about in, to crashing waves up near the rocky cliffs, it’s a spectacular destination purely to experience all of the characteristics that make beaches so intriguing.

Want to mingle with movie stars and musicians when they’re relaxing between being on the set, or in the studio? Say hello to Marbella.

From soccer stars to the latest super models, this city is a favoured destination for many of the world’s biggest A-listers. Its exclusivity and focus on celebrity satisfaction, thanks to the designer boutiques and the Michelin Starred restaurants, has helped to mould its shores into the celebrity haven, where they can relax in relative peace from their hectic daily lives.

If celebrity culture isn’t your thing, there’s plenty of historical culture to be found lying within the streets of this seemingly up-to-date city.

Marbella is made up of various segments, with the Old Town being a huge draw for those looking to discover renaissance era architecture, where terracotta tiled and white washed buildings blaze in the glorious daily sunshine.

The Old Town boasts a whole host of narrow back streets and cafes and boutiques, leading up to the quaint and aptly named Plaza de los Naranjos (Square of the Orange Trees), where you can stop for a relaxing lunch and a coffee.

When wandering, keep an eye out for Iglesia de la Encarnacion, an immaculately preserved 16th century church which is still in use today.

For archaeological sites, visit the ruins of Vega Del Mar Basilica and the Roman Villa.

For those of you who want to get out and about and hike mountain trails and trek to peaks for views across the region, Marbella and Andalucia are ideal locations.

An absolute must for any hiking buff is La Concha, set within the Sierra Blancha coastal mountain range, its peak reaches 1200 metres above sea level, offering vistas across the whole coastline, and on a clear day all the way to the Atlas Mountains of Morocco on one side and the landscape on the other.

Marbella then really is a holiday destination for every type of traveler, with attractions for sightseers, mountains to explore, historical and cultural experiences, some of the best eating in the world, the opportunity to rub shoulders with Earth’s most relevant contemporary stars and with some of the best beaches in the world, there’s really no excuse not to visit this beautiful little Spanish city.