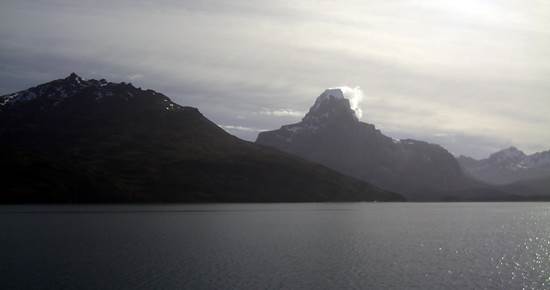 Crossing the Strait of Magellan, a huge island stands guard over secret attractions and ancient mysteries.

The mythical name of this island is linked to the history of the seamen and adventurers who traversed this 2,7 million hectare stretch of land that corresponds to Chilean territory. Divided by an imaginary line with Argentina, travel to the island requires sailing on modern ferries or flying on small aircraft that arrive in 12 minutes at Porvenir, the main township on Tierra del Fuego.

Getting to the area continues to be an adventure. Porvenir, Cameron, Onaisín and Cerro Sombrero are the four populated centers in this vast territory interconnected by gravel roads. Tierra del Fuego was sighted for the first time in 1520 by Hernando de Magallanes and was subsequently visited by world-renowned mariners in search of new interoceanic passes.

During the following centuries, explorers and bounty hunters from all over the world penetrated into the lands of the Selk’nam, the original inhabitants of Tierra del Fuego, who were persecuted and finally exterminated completely by the violence and sicknesses of the western foreigners. Notwithstanding their disappearance, the roots of their blood continue to live on in a curious mix of races that occurred and that still make this island a place of strong people, proud of their origins and welcoming to strangers. Within the extensive local geography, with its snowy mountains, large forests, swamps and pampas, the following points of interest can be mentioned:

The main city of the island, founded in 1894, has a little over 5,000 inhabitants. Its origins date back to the gold rush at the end of the 19th century, when Croat immigrants and Chilean adventurers arrived and subsequently pioneered the establishment of estancias (large ranches) devoted to sheep-rearing, called “white gold”.

A visit to the plaza and the coastal promenade is recommended, as well as the Fernando Cordero museum, that contains Selk’nam mummies and documents of Julius Popper, the “king” of Tierra del Fuego, who became rich with mineral gold and was directly responsible for the indigenous slaughters. Also of interest are the municipal cemetery and the Parque del Recuerdo (Heritage Park) where old mining machines are on display.

Located 50 kilometers south of Porvenir, with the most spectacular view of the Strait of Magellan. A gold extracting site can be visited, where the placer miners work using a large metal plate to dredge the river, just as we used to see in the old cowboy movies. Horse-riding treks of two or more days are also available.

An old estancia founded in 1833 by Sociedad Explotadora de Tierra del Fuego, a gigantic consortium that managed the sheep-rearing activities until the mid-twentieth century. Interesting sights are the old buildings and the Colonists’ Cemeteries of Onaisín and San Sebastián, both National Monuments. An excellent photo opportunity.

With a marvelous view of the Darwin Range and the Victoria Island in its center, the lake is a wonderful destination for fly fishing in Tierra del Fuego. Beavers, the great plague of Patagonia, have brought down enormous swathes of forests to build their homes. It is possible to take panoramic shots of the entire Blanco by climbing the 800-meter Cuchilla mountain, which involves an eight-hour walk there and back. A visit to the lake is a must in the area, and it is necessary to carry provisions and fuel. It is located 210 kilometers south-west of Porvenir.

“Our Land”, in the Selk’nam language, is a model conservation site. It encompasses 270 thousand hectares of forests that were saved from being cut down for chips and that currently is protected under a Public Use Plan whose objective is to open up the park, allowing the development of conservation management, education, research and tourism activities. It is possible to visit the sector of Lake Escondido, part of Karukinka, which gives rise to the most important watercourse in Tierra del Fuego: the Río Grande.