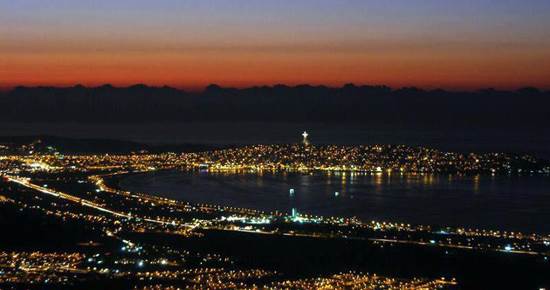 Trucker shrines of the Atacama, an enormous illuminated cross, and a striking temple on Santiago’s outskirts; celebrating the peculiar in Chilean Catholicism.

What drives people to travel? For many it’s the outlandish, the exotic, or the bizarre that propels them to head abroad – they want to see or experience something that doesn’t exist at home.

And there’s nothing that excites a sense of mystery like seeing how other cultures practice religion. Shrines, festivals, churches, and worship all take on a different aura in a foreign country.

Chile is a country of staunchly Catholic origin. It’s a tradition that runs strong to this day, manifesting itself in nearly all facets of Chilean society – from an altar in the local fruit market to biblical references in the presidential address.

The Cruz del Tercer Milenio (“Cross of the Third Millenium”) not only lays claim to being the largest monument in South America, but also makes the somewhat more obscure boast of being the only major religious monument constructed in the Southern Hemisphere at the turn of the 21st Century.

Few would venture to call this 305 foot (93 mt) concrete behemoth a beauty, but for those with an appreciation of the quirky side of life, the cross is an absolute godsend.

Located atop the Cerro El Vigía hill in Coquimbo, the Cruz del Tercer Milenio commands a sweeping 360 degree view of the colorful city below, as well as neighboring La Serena, the surrounding desert, and the long, white sand beaches that make this region a tourist hotspot.

Most visitors make the pilgrimage to the cross to watch the sun set behind the Pacific Ocean, but it is at night when the cross – illuminated by a glowing white light and rising high above the rest of the city – truly comes into its own.

A chapel and museum are located inside the base of the monument, and an elevator takes visitors to up its center to the observation decks in the arms of the cross.

In the next edition of this series we head to the outskirts of Santiago for a strikingly modern temple, built amid the remains of one of Chile’s most historic churches.