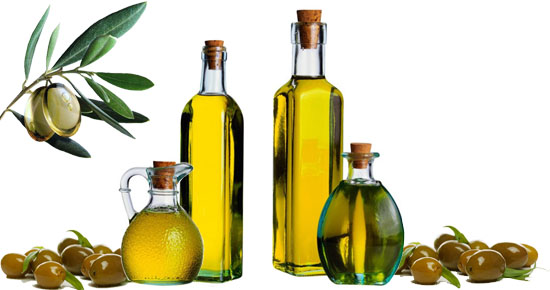 The Chilean industry has not stopped growing in quality, volume and prestige, since it was acknowledged by the most important oil guide four years ago.

Chilean wine experienced explosive growth a couple of decades ago and the country is currently the 10th largest producer in the world, according to data from the International Organisation of Vine and Wine (OIV). Today, replicating the successful path taken by
wine, a new product has emerged as the next Chilean star on tables all over the world: olive oil.

In fact, “Chile is significantly increasing the production of extra virgin olive oil, going from producing 1,000 tons in 2003 to 8,500 in 2009, with a projection of 35,000 by 2015,” states Juan Pablo Barrios, president of ChileOliva, the organization that includes the main local producers.

The temperate Mediterranean climate and fertile soil of central Chile and its Norte Chico – between the Third and Seventh Regions – are the perfect place for producing high-quality olive oil. There were already olive plantations in the country by the 16th century, stretching from the Limarí Valley in the north to the Bio Bio River in the south. At the beginning, production was exclusively by hand, but in the 1950s the industry began a process of professionalization that has yet to end.

Barrios clarifies that the favored soil and climate are not the only advantages that Chile has for producing this nutritious product. “Another important factor is the fact that Chile is a producer and exporter of agro-industrial products and knows about this, in addition to having signed free trade agreements with 56 countries, which represents a great opportunity when it comes to thinking about where to send the production,” the businessman says.

The milestone for modern olive oil production in Chile came in 2005, when the National Association of Chilean Olive and Olive Oil Producers was distinguished by L’Extravergine, the most important oil guide for restaurants and chefs all over the world. Chilean production has received growing acknowledgment abroad since then.

Chile exported 1,342 tons of olive oil between January and September 2009, a 144% increase compared to the same period the year before. “The greatest challenge that the industry faces today is that of going out into the world. That is, creating the distribution channels to bring our products and their brands to the different markets and to satisfy the needs of the different consumers in the most demanding markets in the world,” Barrios affirms.

The company Oliveros de Quepu is a real success story in the industry. During 2009 the company received no less than four important international prizes for its oils: two gold medals at the LA County Fair competition in the United States and two distinctions in the Orciolo D’Oro event in Italy. Álvaro Cortese Fernández, business manager for Oliveros de Quepu, highlights that the company has focused on the quality of its extra virgin olive oil and on the careful management of its plantations, located in the Pencahue Valle in the Seventh Region.

For Chilean olive oil to reach tables all over the world, the producer says that “it is fundamental that we act as a bloc and have a strong communicational and country image strategy, following for example the steps taken by  Wines of Chile (the association that promotes Chilean wine) in the form of our own association: ChileOliva.” He also adds that “you need to have policies for clean, sustainable and environmentally responsible production, as we do in Oliveros de Quepu.”

Meanwhile, Juan Pablo Barrios highlights that the Chilean wine model is an excellent reference, as it is an industry with a great tradition that has come a long way and is highly professionalized, in addition to developing under similar parameters that the olive oil industry does. “We must pay close attention and learn everything that we can,” he says.