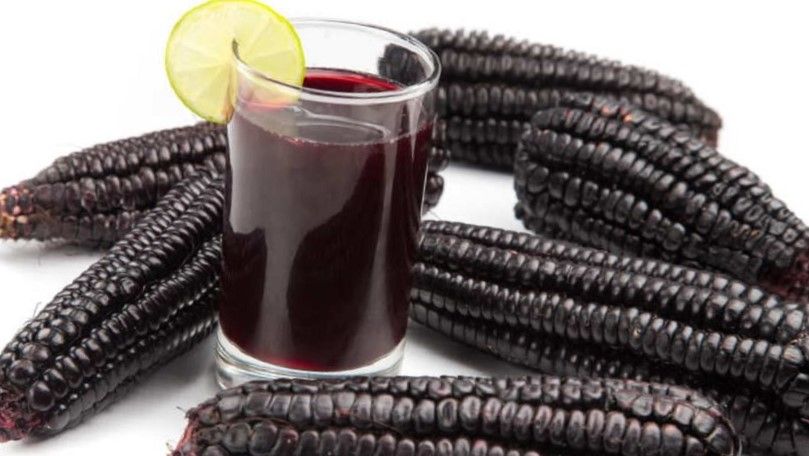 When you think of the food in Peru, what cuisine do you associate with it? Heavy on the meats and veg? Or does it perhaps resemble Mexican cuisine? After visiting Lima which is known as the culinary capital of South America, we shortlisted some of our favourite and most fascinating drinks, ingredients and dishes we recommend trying for yourself when visiting this Andean treasure of a country.

Originally made from purple corn, this refreshing drink is full of spices. Containing clove, cinnamon, apples and pineapple, the drink contains plenty of amazing health benefits. Also most importantly, Peruvians love it! You can find it sold pretty much anywhere from street food stalls, to restaurants, to small cafes. This incredible super-food is also used for other Peruvian desserts.

Known as Peru’s national dish, Ceviche is a flavoursome meal made of raw marinated fish, fresh red onions, lime juice, boiled corn and any accompanying vegetables (commonly potatoes and peppers). The dish makes a great accompaniment to any main dish but also works as a main course or starter. Definitely a must-try food in Peru for any seafood lover!

Whilst Empanadas may not be an exclusive food in Peru, it’s a popular dish across most of South America and even Central America. The empanadas that you will find in Lima and all over Peru are traditionally baked (though they can be served fried). These tasty pastries have delicious fillings made with either chicken or beef, but you may also come across a variety of other fillings depending on where you go, such as cheese and spinach or ham and cheese (yum!).

Yes, you read correct! Peru has its own popular brand of soft drink. Originally founded in 1935, this sweet yellow soft drink resembling the taste of cream soda is considered Peru’s national drink and is often associated with the slogan: “There is only one Inca Kola and it’s like no other, the flavour of Peru!”.

Here’s one’s our favourites! This Chinese influenced dish is some of the most popular food in Peru, and traditionally consists of stir-fried beef, onions, tomatoes and peppers. Makes for a great serving alongside traditional rice and fried potatoes/chips. What’s not to love?

Most of us have heard of Guinea Pig (or ‘Cuy’ as it’s known in Peru), but did you know Alpaca meat is also eaten? This exotic animal’s meat makes for a great versatile dish.  We recommend trying it barbecued on skewers with the accompanying spicy ‘Aji’ yellow pepper sauce! It has to be said that this is some of the most popular food in Peru and definitely a must try!

Other dishes which are also worth a mention are the ‘causa’ – a traditional potato based dish mixed with anything from fish to veg and served as a side. For a classic street-food dish, try the ‘anticuchos de corazon. A dish consisting of offal marinated in a blend of spices and smoky chillies, spiked on skewers. And for desert, try the ‘suspiro a la limena’. It’s heavenly! A mix of silky meringue and caramelised sugar. Mmm mmm!