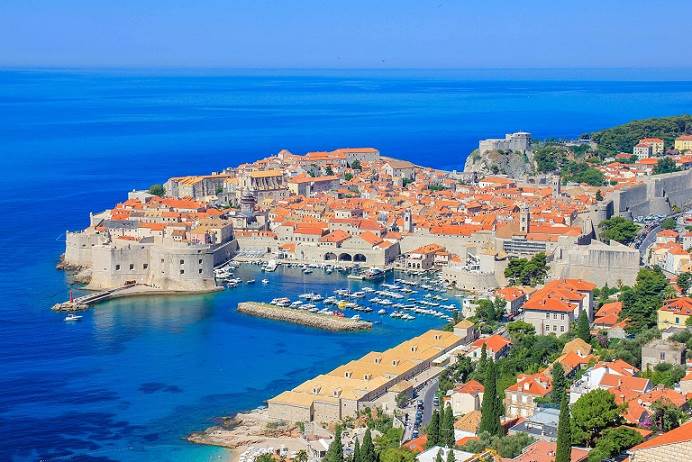 With its clean, clear waters, constant warm sunshine and unspoiled beaches, the Adriatic Dalmatian coast offers adventure travellers the island-hopping holiday with a difference. Having resisted the growing trend of overdevelopment the islands and mainland coast have somewhat miraculously retained their natural beauty, with quaint villages set among olive groves and vineyards with mountains creating a spectacular backdrop.

What is the Dalmatian Coast?

Today, what we know of as the Dalmatian Coast runs from the northern coast of Croatia, not far from the border with Italy, all the way south into the Bay of Kotor in Montenegro. Historically, the Roman province of Dalmatia was much larger extending from Istria to historical Albania. All along this coastline some 1,200 separate islands cluster close to the mainland as it stretches south. The result is a one of Europe’s most spectacular coastlines.

When and where to go?

Summer is invariably the peak time to visit the coast and during these months the coast is alive with holidaymakers and the many inhabited islands are connected to the major ports by numerous ferry services. Some of the more popular destinations include the large port city of Split, the splendidly-preserved baroque town of Dubrovnik, the jewel of the Croatian islands, Hvar and the largest Korcula.

Dubrovnik, the ‘pearl of the Adriatic’, is a prominent tourist destination with its white-stone baroque buildings and maze of alleyways that make up the walled old town, complete with numerous churches, monasteries, museums and relaxed cafes. There is much to absorb within the walls of the old town even before venturing out to visit the many beaches and islands that lay just beyond.

The island of Hvar offers a natural port with renaissance architecture, galleries and many lively bars and restaurants, which support the magnificent beach hideaways, pine-covered shores, and olive groves and vineyards that are fascinating to explore.

The largest, and one of the greenest, islands of Korcula is a ‘mini-Dubrovnik’ with its walled old town with well-preserved fortifications and towers. A popular trip is to visit the house which popular legend claims was the birthplace of the great explorer Marco Polo. The rest of the island offers numerous beaches and bays to while away the hours under the warm summer sun.

Split is the second largest city in Croatia and spread out from the palace walls of the Roman Emperor Diocletian, which is today the main port of call on any visit to this lively coastal hub. A bustling market occupies much of the entrance beneath the city wall and today Split serves as a gateway for tourists accessing the coast to visit the islands.