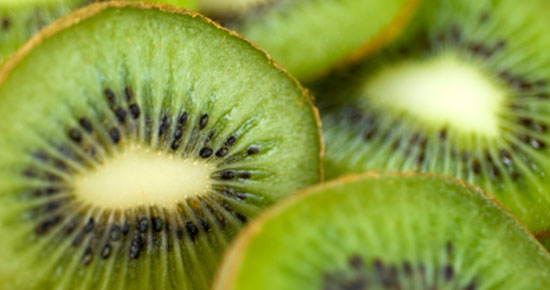 The Chilean kiwi has managed to conquer the most demanding markets in Asia, Europe and the Americas with its focus on quality.

The kiwi is a peculiar fruit. Originally from southern China, this small green fruit with fuzzy skin was introduced to New Zealand in the early 20th century, where it was named for its similarity to the country’s national bird. From there it spread to other countries with temperate climates in the 1970s, such as Chile, where it has developed in a very special way.

Chile is currently the second-largest kiwi exporter in the southern hemisphere and the third in the world, after Italy and New Zealand. How has Chile managed in just a few decades to position itself as one of the leading producers in this industry? Thanks to efficient production focused on quality that complies with international standards. To this end the country has the Kiwi Committee, comprised of professionals and technical workers with ties to the production and shipment of the fruit overseas. Specifically, its mission is to increasingly regulate the harvest parameters to ensure that the fruit reaches its destination markets in optimal conditions.

In addition, a strategic alliance has been established between the public and private sectors to materialize the presence of Chilean kiwi producers at important international fairs. In this way, at the beginning of the year and for the first time ever, Chilean kiwis were present at the Fruit Logistical fresh fruit fair in Germany, the leading international fresh fruit and produce trade event. Chilean kiwis are present in 70% of the European market.

Despite the important positions that Chilean kiwi products have attained in the global market, they continue to have high expectations for growth. In fact, according to a market report by SimFruit, as of the 38th week of the 2009 season Chile had exported 183,526 tons of kiwi, 18% more than in 2008. By 2014 the volumes exported are expected to double 2009 levels.

In 2010 Chilean kiwi exports to Europe are expected to grow 6.5% thanks to the reduced supplies of Italian and Californian kiwis. The Kiwi Committee will have a special role to play in increasing exports to the old continent by ensuring the quality of the fruit and preventing early supplies from constricting demand and affecting the subsequent development of the market.

The successful Chilean industry, which concentrates its biggest producers in the central part of the country, must deal with a series of challenges to position Chilean fruit even further as an international reference point.

The solidity attained so far not only allows it to gain a positive outlook for the future, but also to facilitate a swift reactivation after the earthquake last 27 February. The sector has returned to its regular work rhythm and logistics and transportation are working with absolute normality. “No major effects or lost production can be detected following the earthquake because production is up,” Pakciarz notes.

Thus, the biggest challenge lies with the competition from New Zealand, a country that stands out for its excellent marketing of the fruit. But the sector is not concerned about this. “Our kiwis are as good as the competition’s; we can store them and ship them for months and at a much more attractive price for consumers,” Pakciarz stresses. “We are even prepared for times of crisis, when we engage in promotion campaigns in supermarkets to boost sales,” the agronomist adds.

Lastly, the professional adds that the fundamental challenge for the industry is to increase the quality of Chilean products even further. “We must continue to improve in the post-harvest with technologies that allow the harvest to last longer, to have fresh fruit for longer, and to ensure that it travels in optimal conditions. We should also regulate the number of shipments per week to prevent the feared volume peaks and the subsequent drop in sales that his produces,” concludes the agronomist.

The United States was the third largest purchaser of Chilean kiwis, with 20,194 tons, a 17.9% increase compared to the previous year.

Chile exported a total of 12,426 tons to Asian markets, a remarkable 47% increase compared to the year before, thanks to recovering shipments. South Korea was the most important market in the region for Chilean kiwis (5,815 tons), receiving 47% of the total amount shipped. It was followed by China (4,408 tons) and Japan (920 tons).