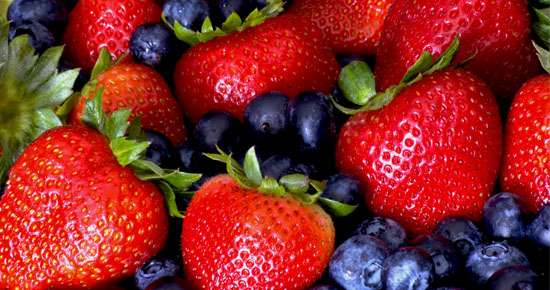 Wine and olive oil are not the only things Chile has to offer, as a leading food producer, to the most sophisticated tables of the planet. A privileged geography has made the country a veritable phytosanitary reserve, ideal for the cultivation of berries, and has turned it into the main exporter of these fruits in the southern hemisphere and the second largest raspberry producer in the world.

All this is due to the natural isolation produced by the Atacama Desert, the Andean Range, the ice floes and the Pacific Ocean, in addition to its Mediterranean climate and excellent soils. This is a major starting point for the increasing cultivation of raspberries, blueberries, strawberries, blackberries and others.

Exported in fresh, frozen and dried form, Chile is among the main countries that produce berries for the foreign market. According to figures provided by Chilealimentos, the Association of Food-Producing Companies of Chile, during the 2007-2008 season the country exported 33,000 tons of fresh berries, representing an increase of 16% with regard to the 2006-2007 season. This has become one of the most dynamic and profitable sectors of the country, and is growing at a rate of over 10% a year.

Among the berries produced in the country, the most important are blueberries, in terms both of planted surface area and foreign currency returns, and they are all the rage in the northern hemisphere. Chile is the third largest producer in the world, after the U.S. and Canada, and the largest in the southern hemisphere.

Because of their high antioxidant content and other beneficial health properties, exports of these berries are growing every year at a gigantic pace. The North American market accounts for almost 80% of exports, followed by around 20% in Europe and 3% in Asia.

“Blueberries and raspberries represent Chile’s largest berry exports, and this is explained by the comparative advantages of the country in terms of climate and geography, as well as cheap labor costs in comparison with other producer countries”, says Francisco José Barros, Commercial Manager of Berries of Chile, a group that brings together the main actors of the sector. “Moreover, Chile produces berries in the off-season, i.e., when the fruit supply from the countries of the northern hemisphere is very scarce”, he adds.

With regard to the growth expectations for this sector, Barros’ predictions are optimistic. “With blueberries and raspberries, we hope to reach a total of US$ 1.5 billion in sales in three years”, he concludes.

Berries as a source of health

In addition to the advantageous natural conditions that make Chile ideal for cultivating berries, these fruits, which also include strawberries, murta berries, blackberries, cranberries and calafate berries, are brimming with beneficial health properties.

A reduction of the risks of cancer and heart problems, lowering of cholesterol and other effects attributed to the antioxidant properties of blueberries, are just some examples of the beneficial natural effects of berries, all of which contain calcium, magnesium, potassium, phosphorous, and vitamins A, B, C and E.