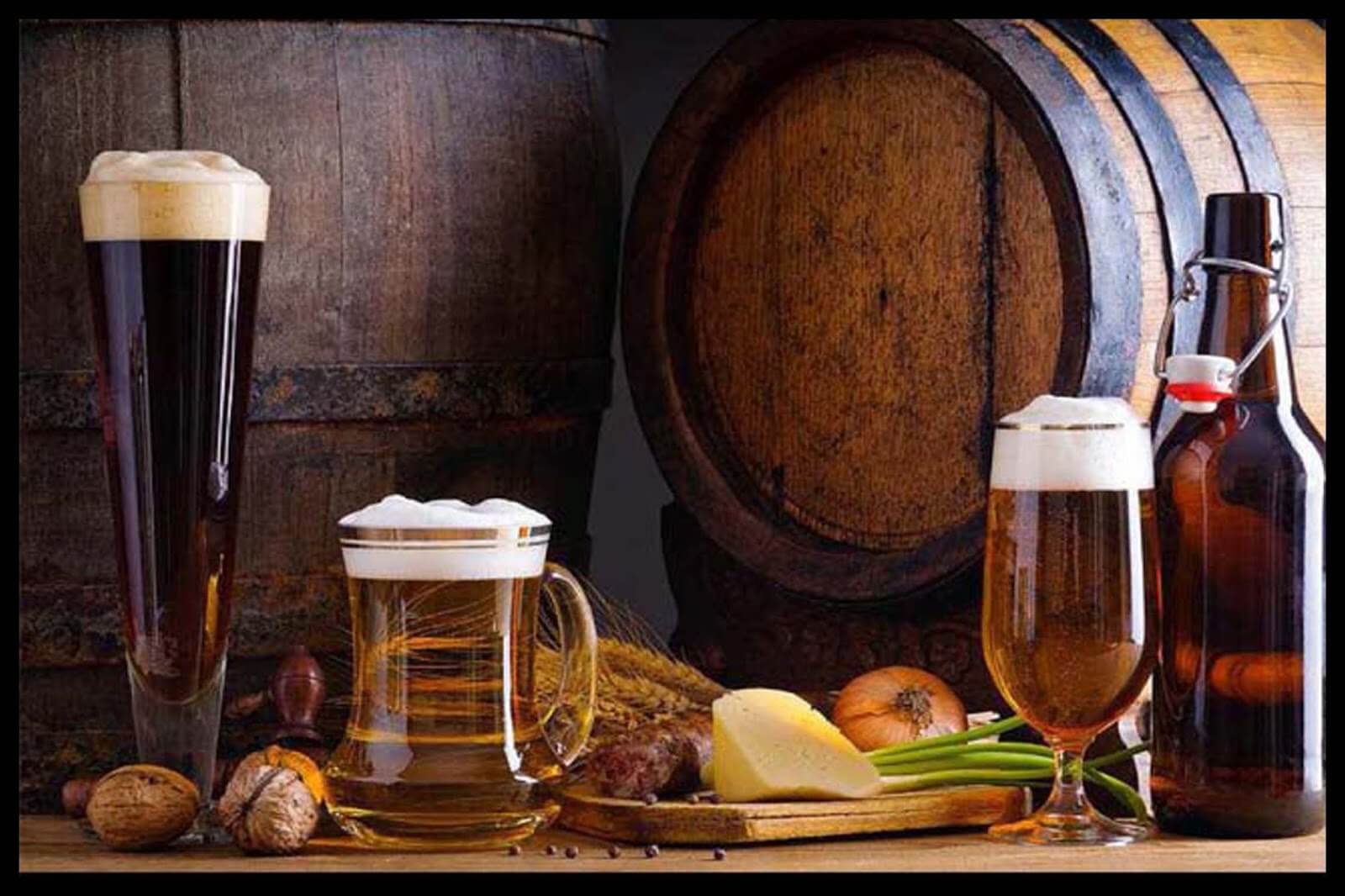 Begun by German immigrants, the Chilean beer industry has come a long way to become part of the national culture.

Chile has a long relationship with beer. Already in the 19th century barrels of this foamy beverage were unloaded in the ports of Valparaiso and Valdivia for immigrants and the landed gentry. Local producers soon began to produce their own brands, beginning a brewing tradition that survives to this day.

Though it is produced throughout national territory, including Easter Island, the most characteristic Chilean beer-producing area is without doubt the southern part of the country, especially the Los Lagos and Los Rios Regions, where German immigrants gave the industry a strong boost. German colonists were the ones to start producing Chilean beers, in contrast to other countries like Argentina, where the English were the ones to begin.

For the same reason, Chilean beer has a characteristically German taste to it, especially its lagers, the most popular variety in the country, though the lands and waters of southern Chile add a special taste. For the same reason, this is the area where a series of beer-related events are held every year, the most important of which is the Bierfest Kunstmann in Valdivia.

The event is held between 28 and 31 January. The people who attend can immerse themselves in the traditions of the German immigrants who arrived in Chile in the 19th century. For the 2010 version of the event organized by Kunstmann (one of Chile’s main producers), the novelty is “weissbier,” or wheat bear, which joins the wide range of varieties that the brand offers, like Lier, Torobayo, Honey, nonalcoholic, Gran Torobayo, and unfiltered Lier.

Over 15,000 people come to the Bierfest Kunstmann, where diverse activities are also organized: typical German games and dances, such as nail driving and beer drinking competitions.

Another celebration that attracts 40,000 beer lovers every year is the Chilean version of the Oktoberfest or Beer Festival, which is held in the town of Malleco, 30 minutes from Santiago, every October. It is the largest event of its kind in Chile, where you can not only sample commercial brands, but also hand-crafted beers. It also offers Chilean food influenced by German cuisine, such as the traditional completos.

The Chilean beer market sells close to US$ 1.4 billion. The largest actor is the Compañía de Cervecerías Unidas (CCU), which has 85.2% participation thanks to its popular national brands like Cristal, Escudo and Royal; the traditional Austral and Kunstmann brands, and the licenses for international brands like Heineken, Paulaner and Budweiser.

In addition, some local beers have received awards for their quality in international contests. This is the case with the Chilean brands Kross and Szot, which received important prizes at the 2009 Australian International Beer Awards, Asia-Pacific’s most important premium beer competition and the second most important one in the world after the World Beer Cup that is held in the United States. In fact, Kross has already accumulated 13 international medals.

Businesspeople and entrepreneurs from the sector are betting on the industry’s growth. Chileans currently consume 37 liters of beer per year, imported or domestic, which is considerably less than in Venezuela (95 liters) and Mexico (58 liters), which lead demand in Latin America.