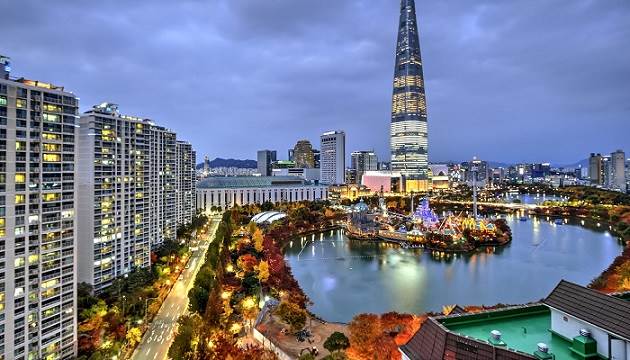 OK, this post is going to be different from the “Best Time to Visit…” type. Why? Because I’m going to show you why you should visit this beautiful country right NOW.

South Korea is a country filled with marvel and intrigue. Despite having a bumpy mid-century with the Korean War and a rather unruly neighbour in the People’s Democratic Republic of Korea (North Korea), the country has managed to grow into one of the most interesting countries on Earth for culture vultures. The best time to visit South Korea and its national wonders, without a doubt, is now.

With food to match the best that Asia has to offer, lively party scenes, immense modern and ancient history as well as being a world beater in technology, South Korea provides more than enough entertainment year round to keep all of its visitors occupied for the duration of their stay, short or long.

Below are just a handful of reasons why South Korea should be on your list of immediate travel destinations.

With its own bona fide music subculture in K-pop , South Korea packs a cultural punch in the clubbing scene. You may have heard of the song Gangnam Style by the infamous musician, Psy. It’s a mainstream version of a genre in which some real groundbreaking work is taking place. For perspective Psy’s release is like the Sugar Hill Gang’s Rapper’s Paradise exploding to take East Coast hip hop to the next level, a watered down, accessible version of a deep and meaningful genre which predates it and far exceeds it.

For those who like a sing-a-long, Korean Karaoke is also a huge thing. Once you’ve enjoyed the local sights and sounds, head to a Karaoke bar and croon away to that classic you’ve perfected at countless late night bar visits.

South Korea is home to a vast number of national parks, as well as the fascinating DMZ (Demilitarized Zone) between itself and its neighbour in the North, which calls home to countless species of plant and animal life.

Highlights of South Korea’s natural wonders include a 20m Sambuyeon waterfall nearby to village Yonghwadong, where legend has it that a dragon once flew from its rocky, watery wonders. The waterfall itself falls to form a pool of stunning shades of green.

Highlights of South Korea’s natural wonders include a 20m Sambuyeon waterfall nearby to village Yonghwadong, where legend has it that a dragon once flew from its rocky, watery wonders. The waterfall itself falls to form a pool of stunning shades of green.

Upo Wetlands are home to over 1,000 animal and insect species. Here, mornings and evenings are prime time to catch the fogs rolling in and fireflies dancing in the dimly lit foreground.

Stunning beaches aren’t forgotten about in South Korea either. The prettiest of all has to be Hyeupjae Beach, with sprawling sandscapes, seaweed lathered rockpools and views out to volcanic islands.

We all love a sunny-day cookout, but what about Korean BBQ? Marinated meats (largely beef, chicken or pork) are grilled over gas grills or charcoal grills. The marinades are so immensely flavoured however, that they leave your typical backyard BBQ in their dust. Accompanied by the famous and irresistible Kimchi, which is chili pickled cabbage served with almost every Korean dish, it will utterly blow your mind.

Another classic is Samgyeopsal, which is grilled pork belly. A street food favourite grilled before your eyes over hot coals. Garlic and chili paste garnish is added to complete the flavor explosion.

These dishes along with countless other traditional and regional offerings make South Korea a top choice for the foodie in the family.

South Korea is renowned for its technology industries. Samsung, Hyundai and LG are just a few of the famous names the country has produced over the years. Expositions such as RoboUniverse, Automotive Testing Expo Korea, Kormarine and a vast number of others provide visitors with overviews of the latest and greatest that individual technology industries have to offer.

Whatever technological advances you might be interested in, South Korea probably has an exposition for you. With virtual reality, 3D printing and futuristic design, shipping, transport and environmental technologies all covered and many more, it’s one of the most inclusive and open nations on Earth of new technologies.

From the country’s rich history with Buddhism to more recent developments such as dealing with a communist dictatorship as a neighbouring country, and the issues from the Korean War, there are countless sites and museums to learn of its deep past and how it has shaped the country to become what it is today.

2,000 year old fortress walls in Gyeonggi Province provide a rival to the Great Wall of China. At 12km long and spectacularly designed from an aesthetic perspective, it’s a stunning piece of ancient history.

Countless tombs dot the landscape of South Korea, and the UNESCO World Heritage Site of the royal tombs of Joseon Dynasty is one of the most spectacular. Arriving early will help you catch a glimpse of the rising sun creeping through the foggy backdrop as the temple itself is lit up in an orange glow.

Korea’s version of Stonehenge was built in prehistoric times, where over 400 dolmen (stone graves) were built on one site at Gochang, Hwasun, Ganghwa.

For agricultural insight, visit the paddy fields jotted around various rural locations in the country. A traditional method of farming, centuries old is continued to this day to produce the rice which goes into your favourite dish.

Geumsan Boriam Temple is a location for peace and tranquility and a taste of true Buddhist lifestyles. With programs for visitors, introducing you to the teachings and ways of Buddha you’ll be expertly guided. What’s more, the temple boasts the most stunning views down over the sea across islands.

South Korea then, hosts a wide variety of offerings for all culture seekers. Whether you’re a food blogger looking for the next big thing, or a historian seeking enlightenment on a segment of the past you’ve studied but never been able to visualize. The people are as welcoming as the offerings they have set out and a trip to the country can’t come soon enough.