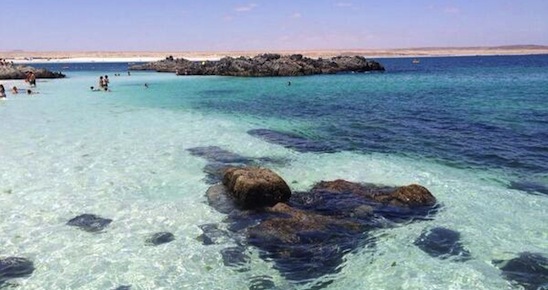 The Chilean beach season is here in earnest, but with thousands of miles of coastline choosing exactly which sandy paradise to head to can be a challenge.

Following our guide to the best beaches in Southern Chile earlier this month, we now turn our attention to the north where white sands, turquoise sea and warm water are the norm.

Right on the shore of Iquique, Playa Cavancha quite possibly has it all: A beautiful stretching bay and temperate water year-round, all within easy striking distance from the city itself.

The beach is also a well-known spot for all kinds of sports and activities for those who like to do more than just lie around on holiday. Surfing, sailing, kayaking and canoeing are all practised in in the area and — if you want an unparalleled view of the beach and the city — don’t forget that Iquique is a renowned paragliding destination.

You know you’ve found a special destination when white sands and crystal clear water are not the main attraction. Punta de Choros is arguably better known for the adjacent wildlife reserves where you can spot whales, dolphins, penguins and sea lions, just a few of the protected species that reside here. And once you’re done on your sea safari, you can kick back on the beautiful beaches and enjoy the tasty seafood specialities widely available in town.

More than one beach, the Pan de Azucar National Park is a veritable treasure trove of well-conserved coastal beauty.The more than 250 square mile park — straddling the border of the Antofagasta and Atacama Regions — is also home to an impressive array of wildlife including guanacos (camelid cousins to the llama and vicuña), otters, pelicans, sea lions, penguins and several species of fox. And with so much coastline to choose from, this national park is a good bet for finding your own secluded beach paradise, far from the crowds.

No list of the north’s best beaches would be complete without Bahía Inglesa, certainly one of the most postcard-perfect coastal spots in the country.

Every year, eager sun-seekers descend on the  otherwise sleepy village of Bahía Inglesa, or “English Bay”— named after 17th century  anglo-saxon privateer  Edward Davis —   for  its gloriously transparent waters and bleach white sand. The town’s many campsites also make it a good option for those looking to keep costs low without sacrificing the quality of your days in the sun.