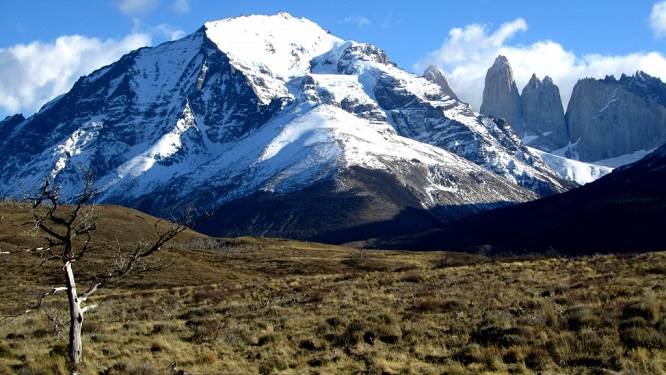 With summer long gone and winter fast approaching, the best time to experience Chile’s national parks has arrived: the off-season.

I overheard a conversation between two backpackers earlier this week, both huddled together over coffee analyzing in-depth some terrible past experience. They rattled on about knee-high mud, fighting through hordes of people, festering toilets and glutinous rats raiding tents. It seemed to exhibit all the classic symptoms of an English music festival. However the next line caught me off guard, “and I didn’t even get to see the Torres, we got caught in a storm.” They were not reliving Glastonbury 2013 but rather the fabled W-trek of Parque Nacional Torres del Paine, known world over for spellbinding displays of natural beauty, and according to my two traumatized informants, the biggest rats known to mankind.

This is not a one-off. Time after time I have heard people lamenting having traveled to Patagonia with hopes of finding the seclusion which the self-proclaimed ‘End of the World’ hints at offering, and rather finding themselves wedged within an interminable line of other failed seclusion-seekers en route to the Torres viewpoint.

My experience of Torres del Paine was slightly different. In June 2011, in the middle of winter, I was unceremoniously dumped at the park’s entrance by a mercenary bus driver, with the vague assurance that he would be back in four days to pick me up. The lone park ranger twiddling his thumbs in the office informed me that I was the only hiker in the park, and so with that slightly humbling knowledge I strode off.

For the entire duration of my time in the park I saw no one. The mass of tourist infrastructure was eerily quiet with guanacos wandering freely through the ghost towns of campsites and hotels. I followed the footprints of pumas along trails laden with fresh snow and camped wherever I fancied. The nights were cold, but were bearable with a cosy sleeping bag and an ample supply of tea.  It was the experience Patagonia deserved, conveying to me a sense of isolation and of wild unadulterated beauty which both seem frankly difficult to appreciate in the hectic summer months.

Now I am not advocating that everyone charges to Torres del Paine in the dead of winter, but the belief that outside of a narrow summer window the park is inaccessible needs to be banished. Last year 156000 people made the pilgrimage to this trekking mecca with the vast majority coming in the summer months of December, January and February. Visitor numbers trail off rapidly either side of that period and those who do visit tend to be whizzed around in tourist buses rather than actually getting out onto the trails. This is a shame, as if you want to get beyond Torres del Paine’s postcard image, you have to get off the road.

Providing that you have warm kit, a tent that won’t crumple with the slightest gust of wind and are capable of being self-sufficient for a few days, the off-season should beckon. Autumn is a perfect time to be in the park if the short, cold winter days sound a little too much. The tourist hordes have all dissipated and the landscape is draped in burnished hues of red.

There are other benefits of the off-season. It tends to be a lot cheaper for starters. In Torres del Paine foreign tourists pay an entrance fee of $38 in high season against $10 in the low. The campsites are also unmanned and thus free. Furthermore in contrast to the schizophrenic weather of the summer months, in autumn and winter it is a great deal more stable and importantly windless. Having been in Patagonia in both the winter and summer I found the difference in weather stark. Sure it’s colder outside of summer, but at least you don’t have to fret about biblical-style storms conjuring themselves out of nothing. Off-season transport problems are also typically exaggerated. Even in mid-winter tourist minivans which chaperone tour groups to take the famous postcard shot will happily drop you at the park for a fee.

Torres del Paine is only the most obvious example of the advantages of the off-season. Here are a few others:

Argentinian Patagonia: The famous sites across the border, El Chaltén, El Calafate and Ushuaia all keep running through the winter months, again being cheaper, quieter and wilder. When I went to see the famous Perito Moreno glacier I was one of 10 people who compares rather favorably with the images of summer visitors fighting for a view.

Chilean Lake District: Pucón has become an all-year destination with skiing and dog-sledging possible in winter. The nature reserve El Cañi, and Parque Nacional Huerquehue are both beautiful under the snow, with snow shoes available for rent in Pucón.

Middle Chile: Parque Nacional Altos de Lircay near the city of Talca contains some of Chile’s grandest yet least known landscapes. The autumn, when the forests are golden red and the peaks capped in snow, is when it is at its most stunning.