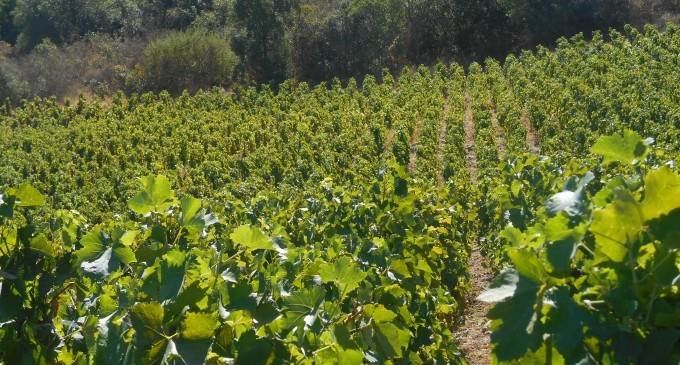 About a week ago, I had never heard of the Ruta del Vino (Wine Route) of Chile, and I now understand why. The route is situated in the valleys of Curicó and it is where over ten of the very distinct tasting Chilean wines are produced, from Miguel Torres to San Pedro.

With acres of lavish landscape where many different kinds of wines are produced, the area is one of the most beautiful that can be seen in Chile. The position of the vineyards in the valley means the conditions are ideal for the plants to grow. Seeing that it is the summer, every single acre of land was covered in majestically tall plants at full bloom ready to be harvested.

I visited a vineyard and hotel known as Raíces, owned by the very friendly Juan Labbé. On arrival, we were headed straight out as the owner was very excited to take us through the vineyards and tell us the story behind the valley, his product and how this strong wine culture has been produced.

The perfect climate and soil in the region first attracted wine-makers hundreds of years ago. The location in the valleys of Curicó has made Chile one of the main wine exporters of the new world. It has conditions which are perfect for both wine to grow and tourists to enjoy. For example, if it rains, water trickles down the valley and bathes the soil in the rich nutrients it needs to grow. For tourists, the location close to the sea means there is a lovely sea breeze which is welcomed by all due to the extreme heat experienced in this part of Chile.

The wine has produced a strong community within the valley, one with its own traditions, a strong history and a strong relationship with nature. I was very appreciative of the fact that neither the vineyards nor hotels had WiFi. To get by in life, we think it necessary to have the internet at our fingertips at all times, but in this region where time seems to pass a lot slower, it is unnecessary. The nature was stunning and it would have been a shame to have been distracted. The owner of the vineyard often made us stop just to say “Do you hear that? Nothingness, it’s the best sound of all.” He could not have been more right.

This region attracts mostly internal tourism due to the fact it does not often promote itself. However, during the last few years, even internal tourist numbers have decreased after the 2010 earthquake.

Pablo Correa, the owner of Hotel Parador Vichuquén spoke about the effects of the earthquake. “Ever since 2010, it has taken a lot more effort to grow the same quantity and quality of wine as before. It affected the soil, meaning some parts were unusable for growth, and we now have to work twice as hard, introducing newer technologies, to repair the soil before every growth season in order to ensure we can produce wine as good as we did before.

Mark, a man from Chicago who moved to Curicó to open up his own tourist company Alpaca Ciclismo said, “It’s been tough in the past few years. After the earthquake, a lot of people were frightened and Chile was not the best place to be. The ground was affected, as was the wine production and with that came a drop in tourism. However, if anything it has made the community stronger, and develops its rich history and culture.”

However, it was not only the tourist and wine sectors that were damaged. In the small town of Vichuquén, I was taken to the home of a very lovely older lady who had put a lot of effort into creating what was a beautiful plant garden. The variety of plants was astounding with several tomato bushes, cherries and mint leaves being grown. The lady explained how it was difficult to maintain the garden before, but the earthquake has increased that difficulty, with some parts of the soil requiring more effort to recreate the conditions for certain plants to grow. Her story was very interesting, as it highlights that the terrifying 2010 earthquake had a large impact on the daily life of people in different sectors.

After the earthquake, the region received millions of dollars in investment for a restoration project. This would repair the damaged buildings, help in restoring the soil and go towards community events, one of which was the Noche de las Viñas. The aim of such investment was to develop tourism in the region, and with the creation of new hotels and restaurants, this is a sector which is certainly growing.

The Noche de las Viñas was a fantastic experience. Good food, lots of different types of wine and live music; the community spirit could really be sensed here. Sponsored by Claro and held by Hotel Marina, the event brought together all the vineyards from the Valleys of Curicó. To start the night, most people arrived in speedboats as it was the easiest way of getting to the event. Doing that myself, I knew I was in for a very different type of night than what I am accustomed to.

The format was this: you arrive, buy a wine glass for CL$5,000 and then you are entitled to go to the stall of any of the wine-makers and have as many glasses of wine as you want for free. A lot of people at the event seemed to already know each other showing how tight the community is.

For those new to the region, they were surprised to find how social and friendly the event was, with people introducing themselves and striking up new friendships. One of the organisers of the event stated, “It really heightens the community feeling. All these people have something in common, their love for wine, and here they are able to express it”.