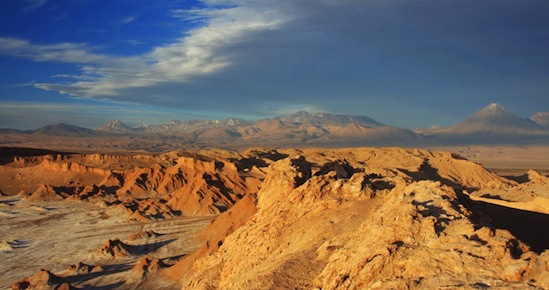 In its rundown of best places to visit in South and Central America, US publication focuses heavily on Chilean favorites like Torres del Paine and the Atacama.

Another week and another international publication catches on to what the early birds, and of course locals, have known for a long time: The vast Andean nation of Chile is home to a wealth of world-class destinations that have to be seen to be believed.

The Huffington Post drew up a list of the best places to visit in the region outside of the continent’s best-known metropolitan hubs — “23 Latin American destinations that prove there’s a lot more to see than Rio and Buenos Aires” — that draws heavily on the wonders of Chile.

As the Huffington Post puts it, these natural wonders and cultural hotspots are ready to “surpass your every wandering expectation.” So let’s take a look at the destinations that are capturing the world’s attention.

A no-brainer for any serious trip around South America, Torres del Paine has built up a reputation as arguably the world’s best national park to enjoy Patagonian wilderness, spot all manner of wild animals — condors, pumas, guanaco to name a few — and trek to your heart’s content.

Famous for its otherworldly landscapes — NASA tests rovers destined for Mars test drive on terrain here — Chile’s Atacama Desert is truly like no other place in the world.

“You, riding horseback through the desert, nothing but red canyons and sand for as far as the eye can see. They call it the driest place on earth, you’ll call it the desert escape you never thought you needed,” reads the Huffington Post description.

The base for all these visits is the fascinating San Pedro de Atacama. Lined with adobe houses and dripping in history the town is an oasis of bars, restaurants and spas in the most arid place on earth.

Chile’s natural beauty wasn’t the only thing to get the nod in the Huffington Post rundown. The glamorous beach getaway of Viña del Mar also got its dues this week and it’s easy to see why.

Sitting on the edge of the Pacific Ocean, Viña is a magnet for locals and tourists alike and only a short trip from nearby bohemian hub Valparaíso, where culture buffs can visit the house of Nobel Prize winning poet Pablo Neruda.

You’ve seen the photos, but there is nothing like seeing the fascinating stone heads of Easter Island, or Rapa Nui as its called by the indigenous population, in person.

The polynesian island is a little ways from mainland Chile but, as the Huffington Post points out, some things are worth that little extra effort.

A good list to get you started, though remember with Chile’s thousands of miles of mountains and coastline, the Huffington Post has just scratched the surface.