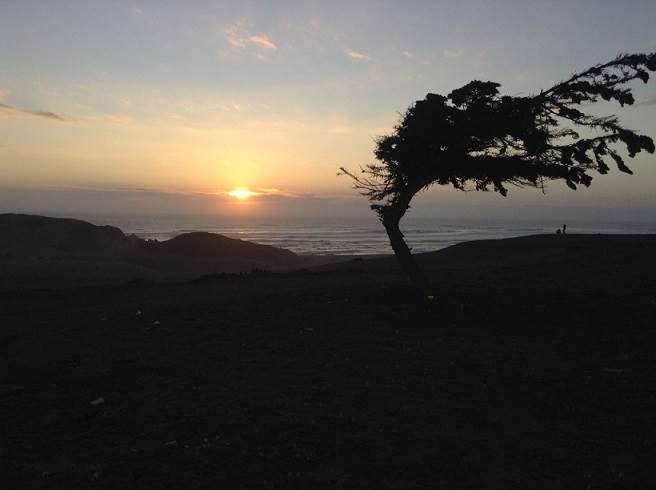 Located close to three hours from La Serena, the small coastal town of Huentelauquén has much to offer to all who pass through.

COQUIMBO — It’s a place where dry desert-like plains meet the region’s largest wetland, where the home of 176 endemic animals and the Pacific Ocean combine to make up a rich, one-of-a-kind mystique.

Huente receives a fair amount of tourism for a small town that resembles a rest stop on the adjacent Route 5 highway. Over the years the town has become renowned for its cheese-filled empanadas.

The Choapa River allows for shrimp fishing, which is a common ingredient in Huente’s empanadas as well.

Huentehuelquén and its people went through rough times following the 1973 military coup, as many of its inhabitants became targets of the regime as the army was making its way across the country.

Many of the residents now believe that the town may have been a prime sight for mass graves.

During Pinochet’s Regime, Huente’s citizens were stripped of their land and forced to relocate to what would later become one of Santiago’s most crime ridden neighborhoods, La Legua.

Talking to the locals, you can immediately sense a deep pride and love for La Legua–a love of their neighborhood’s charm and grace they share, and would defend, at all costs.

“I was there from the age of seven to 13 and all I have is positive memories,” says a local shop owner, adding, “when people talk negatively about la Legua, it bothers me.”

Like many small towns in Chile, the ’73 coup left lingering scars. Nowadays, its streets are named after Chilean freedom fighters, such as Víctor Jara and Violeta Parra, in remembrance of all that took place in and out of the small town.

Locals take advantage of the local geosphere to farm for vegetables, going as far as building forts against the volatile Pacific weather, in hopes of keeping the local wetland to themselves for the farming of fish and shrimp.

This year, Huente has seen a considerate amount of rainfall, making it an optimum grazing ground for herds of goat, sheep and donkeys.

Sunsets and sunrises are Huente’s bread and butter; the beaches may not be too safe for swimming, but they sure are a great place to reflect and meditate about your happenings.

The overwhelming nature of the sunsets is an experience–it pushes you toward the realization of how futile and minuscule things in our daily grind truly are.