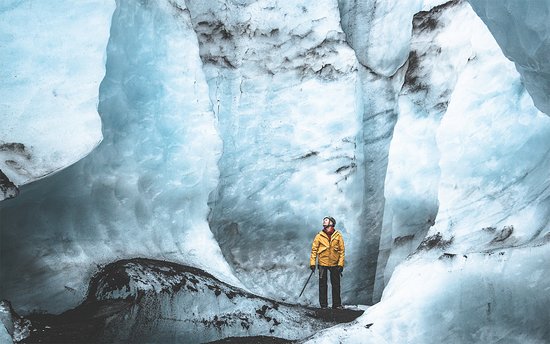 In recent years, Iceland has become a hugely popular bucket list destination. So popular in fact, that I’m pretty sure anyone reading this will know at least one person who has been. And they all return recommending it. But while everyone’s main goal is usually to catch a glimpse of the magical ‘northern lights‘, we have the inside scoop! There’s plenty more reasons for visiting Iceland which don’t involve the bright lights of Aurora Borealis. Here’s a couple of hidden gems that we think are also well worth exploring.

Skaftafell National Park could easily be described as a nature lovers dream. It’s home to towering mountain peaks, fairytale icy glaciers and epic landscapes which require no filter. Low and behold, we visit Skaftafell National Park on our adventure packed Iceland tours, meaning you’ll be able to tick exploring Europe’s second largest National Park off your bucket list! If you carry on a little further east, you’ll stumble across the majestic Jokulsarlon glacier which – the perfect location to take a boat trip seal spotting.

Iceland is well-known for the ‘Golden Circle’ (the tourist route that covers the commonly visited locations of Pingvellir, Geysir and Gullfoss). Believe it or not, there is also what is known as the ‘Diamond Circle’. Located in the north-east, it visits some of the most mesmerising sites you’ll come across in Iceland. Starting in the town of Husavik, you’ll work your way around the circuit to the mountainous valley of Vesturdalur. A top site here is the Vatnajökull National Park. Within its boundaries lie the majestic Dettifoss waterfall amongst an endless list of other hidden gems waiting to be discovered!

Another popular activity in Iceland is whale watching. With the country lying perfectly positioned in the Atlantic Ocean, it’s likely you’ll spot a variety whales and dolphins. Most whale watching trips depart from the Iceland’s capital city – Reykjavik. It’s the perfect location to arrive in as you’ll get to experience city life, night life and the adventurous nature-fuelled activities. What could be better than spending an afternoon on the wooden deck of a ship watching the whales dive and smash into the water beside you?

Located west of Iceland, the Langjokull glacier is the ultimate location to visit if you’re looking for that all important photo opportunity.  The glacier itself is a 300 m tunnel of man-made ice caves making it the second largest glacier in Iceland. You can tour the area on jeeps, snowmobiles or by foot. Or if you prefer, you can ski! It even has a cafe inside – It couldn’t get any icier than that now could it!

Nicknamed ‘Church Mountain’, Kirkjufell is the peak on the northern side of the Snæfellsnes Peninsula. Once you reach it, you’ll see why it’s the most photographed mountain in Iceland. The almost perfect symmetry seems to slope directly into the sea, whilst waterfalls cascade alongside. If you’re up for the steep climb to the top, you will be rewarded with some of the most incredible views in Iceland.

Everyone who’s planning a trip to Iceland knows about Reykjavik, but many people seem to bypass the second largest city in Iceland -Akureyri. But we’re here to tell you that it’s definitely worth a visit! This town captures everything that makes Iceland, Iceland. Picturesque wooden homes, cosy bars and dramatic backdrops out of this world. Just outside the town you’ll find one of the best spots for chasing the northern lights as rugged Icelandic ponies graze in the meadows. Heaven!

So there you have it, our run-down of Iceland’s hidden gems. Or well…just some of the many places you should definitely tick off your Icelandic adventure bucket list. Whilst Iceland is an incredible country to explore, it can be difficult to get around, especially if you’re planning on hunting down the northern lights.