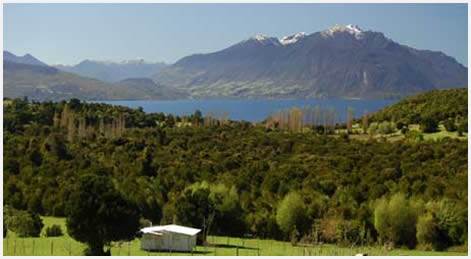 Looking for an alternative source of income, and attending several questions from tourists, mapuche, atacama and aymara families have begun developing guided routes which show visitors about their traditions.

To sleep in a hut, harvest potatoes or cut wood, are some of the activities that can mean luxury for those tourists eager for a deeper contact with nature. If to that one adds the learning about native cultures, spirituality and ancient traditions, the chance seems even brighter. So, mapuche, atacameña and aymara families have started -with very few resources- organizing touristic initiatives of varied types. Their work is both a profitable activity and an effort that helps the preservation of indian cultures.

There are about sixty projects of this sort accross the country, all being partially financed by non-government organizations, and national and international foundations, while the CONADI (Chilean National Comitee for the Indian Development) is looking for the best way to drive resources to help and consolidate their activity in no more than 5 years. It would help a lot of families to come out of poverty and marginality. But, the development of ethnic tourism is still new, and does not have an organized structure like the one in other countries.

The promotion of local culture has a positive echologic impact: it helps certain areas to keep their beauty and save native species, besides the strenghtening of self-confidence among these people, who start seeing how their own patrimony is valuable for foreigners. Irene Hueche has created the “Hueche Ruca” (“House of the new people”), located on the 20th kilometer on the way to Cunco, near Temuco. There, tourists can see how the mapuche lifestyle is, and can even stay at some of their houses. There´s wool handcraft, typical food and rides over ox.

Lonquimay´s hostel “Folil Pehuenche” and the Lleu Lleu lake camping, are other examples of initiatives that have started from an idea of mapuche families. In Putre and Parinacota one finds similar activities among the aymara, while in Chiu Chiu one can taste the typical food from the Atacama zone.

118 miles south of Concepción, at the south border of the Arauco province, there is lake Lleu Lleu. There, 18 indian communities (the mapuches lafkenches) are developing an interesting tourist project that allows travelers to, for example, sail through the ultra-pure waters of a natural reserve (only by boat, since engines are here prohibited), considered to be one of the clearest in Latin America. There are 14 camping sites, all served by native people. The average cost for a night of stay is of ten dollars. There are also some shacks for six to eight people, with prices of around 40 to 60 dollars per night.

Tourist can visit huts, talk to the machis and the lonkos, taste typical mapuche food, play games of “palín” and “chueca”, watch indian ceremonies and learn some “mapudungún”, their language. While men focus on agriculture, women cook for the day.

In Quinquén, at the Araucania Region, there are more than 66,700 acres that were bought by the goverment to prevent the exile of the pehuenches. So, they organized in a cooperative, got some donations and bought a house in Lonquimay, where they now run the restaurant “Folil Pehuenche”. Their cooking uses no gas nor electricity, and is based on the use of the “piñón”, a sacred fruit with which they make bread, soups, and sweets. Another of their attractions is the grilling of goats.

Huapi Island
In the Huapi Island, also in the Araucania, mapuche-lafkenche families are organized for the promotion of ethnic tourism, talking about their culture and traditions and working special handcrafts and cooking for visitors. Mapuche sports and music
Near Lautaro, there is a mapuche community in which Antonio Quidal and Jorge Cheuquel have placed a picnic zone, inside their property, near to the Cautin river. There, they have a pool, a hut, a field for the playing of “palín” and a music workshop with mapuche musical instruments.

Aymara knittings
In the Altiplano, at the town know as Putre, Augusto Alave and his family have built two houses made of stone, clay and straw, aymara-style. There, they sell knittings, tools, decoration. And one can take a look at their ceremonies from a kind of watchtower they´ve made.

Llama barbecue
That is in Parinacota, by the Chungará river, where visitors can eat this unusual kind of meat and receive informal instruction on the aymara language.

Atacama food
On the Altiplano, by the Chiu Chiu Church -one of Chile´s oldest-, restaurant Muley offers typical food, like pataska, corn cookies, “rosquetes” and all kinds of saladas.