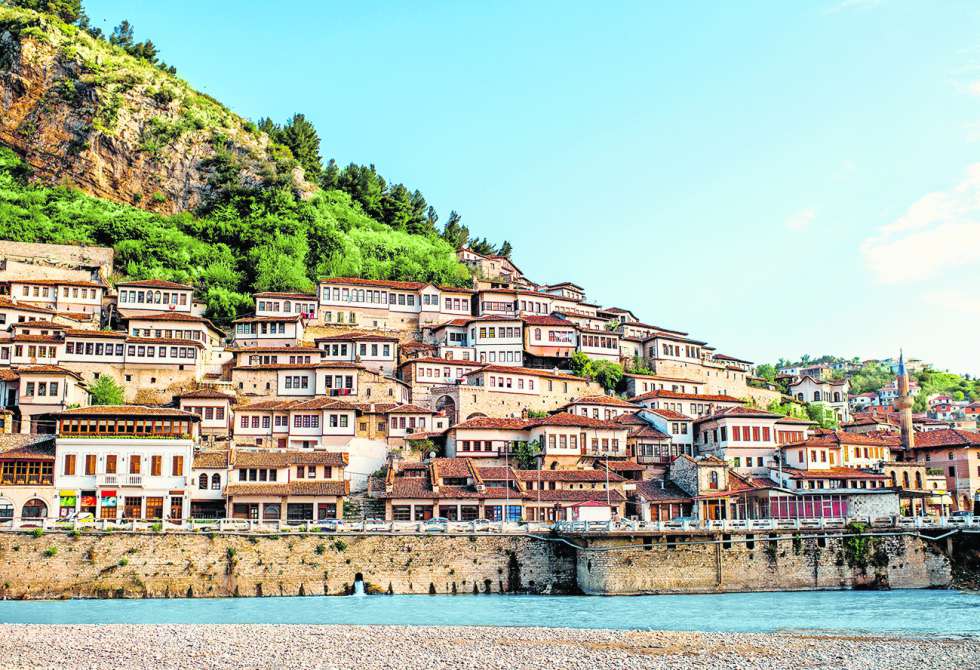 English is much less widely spoken, and customs, traditions and weather are very different compared to the West. It always bodes well to do a bit of research before visiting, so we’ve put together an Eastern Europe travel guide including a series of travel tips and important info to get you started.

What are the main cities?

What are the main languages spoken in Eastern Europe?

Slavic languages are the most widely spoken languages in Eastern Europe. (This includes Russian, Ukrainian, Polish, Czech, Bosnian and Serbian). In the main cities and popular tourist areas of Eastern Europe, you will find that English is also spoken. However not as much as the rest of Europe, so it always works in your favour to learn a few key phrases in the national language to help you get by. If you’re travelling to the more remote, rural areas, be prepared to hear very little to no English spoken!

As well as English the other languages widely spoken in Eastern Europe are:

If travelling to Russia, it is highly recommended to learn a few words of Russian as only 5% of the country speak English. In St Petersburg and Moscow you will find English more widely spoken but only within the hospitality industries.

Polish – As well as being the native language of Poland, it is also spoken in many other communities in Eastern Europe such as Lithuania and Russia.

Is also spoken in Georgia and Armenia.

What currency is used?

There are a variety of currencies in use in Eastern Europe, and it can be a little daunting handling all your money! ATMS are widely available in all cities and towns throughout Eastern Europe, and we always suggest to only withdraw what you need. It can be easy to lose money once you start exchanging currencies between countries. Many restaurants and shops will accept debit and credit cards, often the conversion fees are less than ATM fees so it is worthwhile keeping this in mind. Markets in Eastern Europe will only accept cash so always make sure you have enough to stock up on local goodies!

Most Eastern European countries will accept euro if you do not have local currency, however they will usually round the amount up to ensure the exchange is profitable for them. If you receive change it will always be in the local currency. This is not the ideal way to pay but if you find yourself desperate for a bottle of water with only a few euro on you, it is useful to know!

Countries in Eastern Europe that have their own currency:

Countries in Eastern Europe which use the Euro:

For Eastern Europe, the following time zones are used:

What’s the deal with visas?

This is to be used as a guideline only. Always check on the official government websites for visa requirements when organising your trip.

EU citizens do not need a tourist visa when visiting other countries within the EU.

You will also not need to obtain a visa if you are a citizen of the following countries: Australia, North America, Croatia, Japan or New Zealand. All you need is a passport valid for 6 months after the date of your return.

For the Schengen Area

Outside the Schengen Zone

The following countries are not part of the Schengen Agreement so make sure you check the visa regulations when visiting these countries:

The countries in Eastern Europe do not always follow the same regulations when it comes to duty free allowances. This is to be used as a first point guideline for Eastern Europe, so be sure to check specifics for the country you are visiting.

Authorities will check the quantities of goods that you have to determine whether they are for personal use. Amounts can vary from country to country but the standard amounts are:

When entering the EU from a non EU country

If the goods are for personal use only, you are allowed:

As previously stated, each country can have its own rules and can either implement a ‘higher limit’ or a ‘lower limit’ and whether these limits apply to all travellers or land and sea travellers only.

The higher limit is implemented across the majority of Eastern Europe

Every country in Eastern Europe have their own national emergency numbers. However, if you are travelling across various countries it can be difficult knowing and remembering all the numbers. There are a few emergency numbers which work across Europe which are free to call from any mobile or landline phone.

112 – if there is one number you remember make it this one! 112 is the number to access the emergency services in any EU country. It also works in Switzerland.

When entering the EU from a non EU country

As long as the goods are for personal use and not for resale, you can bring in:

Depending on the country you are visiting, they all have their own rules. The country will either implement the higher or lower limit on tobacco products, and choose whether they apply this to all travellers or just to land and sea travellers.

Tipping in Europe is common but not expected. (With the exception of Ukraine where you may get a few hostile looks if you offer a tip!) Sometimes service charge is already included, in which case you do not also need to pay a tip. If you are leaving a tip, it will be a much more modest amount than you would in America. There are a variety of customs regarding acceptable tipping around Eastern Europe so be sure to check the country page for specific information.

In restaurants, an optional ‘service charge’ is often included on the bill, in which case you do not need to leave a tip. If a ‘service charge’ is not included, the amount you leave is entirely at your discretion. A fair amount is around 5% and if the service was particularly amazing this can be increased up to 10%. This only relates to table service. If you are ordering at a counter in a cafe or a bar, you do not need to provide a tip.

Many restaurants in Eastern Europe will automatically place a basket of bread and some butter on your table before you order. While sometimes this is free, on occasion they will charge for this and it can be an unexpected expense on your bill! If you do not want to pay then always check with them and ask for it to be taken away if necessary

When a porter helps you with luggage, the custom is to tip €1 per bag.

Haggling for goods is much less practiced in Eastern Europe than in other places in the world such as Asia. However, there are a few instances when it’s accepted.

The general rule of thumb is that if a product does not have a price tag, chances are the price isn’t fixed. The best tip to judge the situation is to watch what the locals and other customers are doing at the stand. If in doubt, ask a price and then politely decline saying “it’s just a little too much for me”. If they drop the price as little as 1%, it isn’t fixed so haggle away!

The main places where bargaining is accepted and expected, are the European lively open-air bazaars and markets like in Moscow (Russia).

Whatever you do, do not try to haggle in shops, on anything with a price tag or at food markets. You will most likely offend the merchants.

Is it safe to drink tap water?

Unlike Western Europe, the tap water isn’t safe to drink in a lot of Eastern European countries. Make sure you double check and if the water is not safe then factor in buying bottled water on your trip.

These are the following countries in Eastern Europe which have been cleared as having SAFE to drink tap water:

The following countries in Eastern Europe have been notified as NOT having safe to drink tap water:

Female solo travellers generally feel safe in Eastern Europe, however it is still very much a male-dominated area. Whilst you will experience gentlemanly courtesy from locals you may still get some unwanted attention which can be hard to shake off.

Although it is mostly safe for single women travelling, it isn’t usual in Eastern Europe. Women generally marry at quite a young age and only travel with their husbands or families. Because it is rare to find an Eastern European woman on her own, you won’t be met with hostility but more likely unusual looks. If you do get some persistent, unwanted attention, a firm no will usually suffice.

One of the biggest safety concerns in Eastern Europe is theft. Pickpocketing is unfortunately a common occurrence, especially in (Russia, Ukraine, Poland, Hungary & Czech Republic). Be aware of your surroundings and be extra careful in busy tourist spots such as Bratislava Castle, Slovakia or in Peterhof Palace, Russia.

4 tips for keeping you safe:

Be extra cautious of your belongings when in busy tourist spots. Never carry a wallet, money or anything important in your back pockets and always keep your bags firmly closed.

Be extra careful on public transportation, especially if you are carrying anything of value. It’s best practice not to carry valuables with you, but in case you do need to, whatever you do, do not whip them out in public places – especially on public transport. Don’t make yourself a target!

Be wary of scams and groups approaching you. Whilst one person is being nice and helping you, their friend could be pickpocketing your wallet. ATMs are also a target zone for scammers. To be on the safe side, stick to using ATMs which are inside banks.

You’ll be glad to hear that you will not need to worry about connectivity in Eastern Europe! Some countries such as Russia pride themselves on their internet speed! Almost every city will have accessible, free wifi. This is usually available in restaurants, cafes, libraries, hotels and other public spaces. However, if you are travelling to more rural areas expect the connection to be much slower, especially in the mountain regions of Armenia.

Just in case you are in a location where wifi access isn’t available, it might be worth downloading a couple of key apps whilst you have wifi to use later.

Some apps which we find useful are:

The majority of countries in Eastern Europe use plugs with two, round pins. There may be a couple of countries where this is an exception so be sure to check.

Top tip, don’t always rely on trains like you would in some other countries. In a lot of countries in Eastern Europe (Poland for example) trains are actually slower and more expensive than getting a bus. Trains are also much less frequent in the Balkans (Albania, Bosnia & Herzegovina, Bulgaria, Croatia, Kosovo, Macedonia, Moldova, Montenegro, Romania, Serbia, Slovenia). However, trains in Russia are notoriously speedy! So check the best way to travel depending on where you are going. Trains are however the most atmospheric, relaxing and scenic way to travel.

Buses are often the cheapest way to get across Eastern Europe, and depending on which country you are in, it can often be the fastest! However, don’t expect it to be plain sailing! Announcements on buses and at stations will most likely only be in the native language – not English. The bus may also stop at places that don’t seem to actually be a bus stop or even stop over at stations for some unknown reason for a couple of hours. Either way, you will get there – just don’t rely on it being as punctual and structured as in Western Europe.

It is not recommended to drive around Eastern Europe unless you are used to the area. The roads are often unpaved, winding mountain passes and the rules of using lights and indicators much more lax than the other side of Europe.