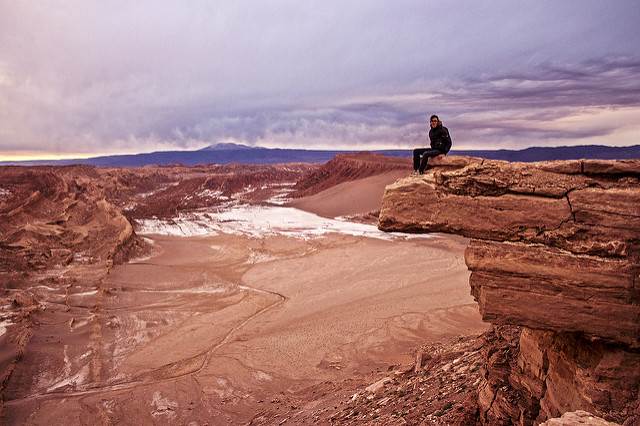 There aren’t many things more mesmerising than gazing up at the Milky Way during a clear night sky and gaining a greater scope of the unimaginably colossal scale of our solar system. Whilst the stars can be witnessed regardless of where you are, some places on earth provide astronomical views with such clarity that gazing at the stars will leave you breathless. This Saturday, 5th October, we are celebrating the majesty of our night skies in honour of International Astronomy Day. A lot of the world’s clearest skies and therefore most advanced observatories lie in the USA, but there are numerous stargazing spots on the planet that are more remote and offer equally impressive clear-sky conditions, allowing incredible views even with the naked eye. Here are some of our favourites:

The world’s highest and driest non-polar desert, the Atacama Desert in Chile provides ideal conditions for staring up at the starry sky. Due to its higher altitude, the extremely low levels of light pollution and the fact that even the smallest clouds can be difficult to spot, the night skies in the Atacama are almost unparalleled in terms of night time sky clarity. What better way to cool off after a sweltering day exploring geysers, hot springs and the Valley de la Luna than by lying down under the night sky and marvelling at the countless glittering specks that decorate the deep darkness of the night sky.

As the golden sands become adorned with the long shadows of the surrounding towers of rock and a day in the hot sun is replaced by the coolness of a desert night, you’ll wonder what else this magical land could possibly offer. Wadi Rum is often referred to as “The Valley of the Moon”, an apt nickname given the spectacular galactic scenery that night time brings, with the pitch black sandstone silhouettes looming atmospherically on all sides. You’ll feel like you have been transported to another planet as you settle down in your nomad-inspired accommodation for the night.

One of the primary draws of a camel trek from Rajasthan’s desert fortress in Jaisalmer is the experience of immersing oneself into the vast openness of the Thar Desert, severing all links with everyday civilisation and embracing your remoteness. What better way to top off such an experience than by sitting on the warm sand as the sun sets, devouring a delicious local thali made from scratch right in front of you and gazing above as millions of stars begin to sparkle through the navy and violet hues of the night sky. Huddled around a fire with the galaxy on show over your heads, this is camping at its very best.

When visiting the wild grassy plains of Tanzania’s Serengeti, excited visitors have all kinds of natural spectacles in mind – a pride of lions working in unison to make a kill, a herd of wildebeest dodging crocodiles as they attempt a perilous river crossing, an elephant mother leading her newborn calf during a great migration. Not many consider the spectacle that reveals itself above you as the orange glow of the African sun sets in the west. There is something extremely satisfying about discussing the wonders offered by the day’s drives with your fellow safari-goers as you relax under the vista of a clear African starscape.

As if Patagonia didn’t provide enough mind blowing scenery during the day, the clarity of its skies on a cloudless night ensure that unmatched scenery is available at all hours. Incredible on both the Chilean and Argentine sides of the Andes, there is no shortage of locations at which to gaze open mouthed at the night sky. That said, witnessing the menacing peaks at Chile’s Torres del Paine National Park silhouetted by the dense, blue and indigo glow of the stars behind, gives an indication of the sheer size of the universe as the stars dwarfs the colossal spine of the continent.