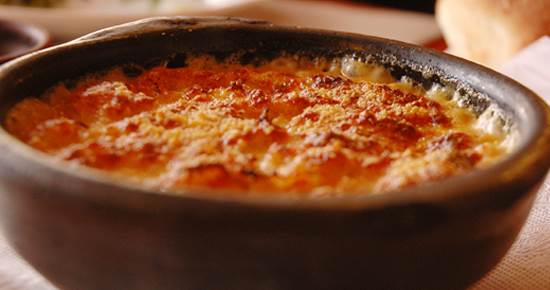 From hearty casseroles, warming soups, flavorful sausages to refreshing shellfish, Chilean cooking is an unmissable experience for any visitor. Below is a guide to some of the most typical and best-loved dishes in Chile.

Chile’s diversity of landscape provides a bounty of produce, seafood and meat virtually unparalleled in the world. Seafood pours in from the nearly 4,000 miles of Pacific coastline. The pastures of Patagonia and the Lake District support herds of livestock, while the fruits and vegetables grown throughout the country are sent to markets and grocery stores world over.

In traditional Chilean kitchens, preparations are simple and hearty, relying on seasonal ingredients whose flavors speak for themselves. Restaurants like small traditional picadas and fast-food fuentes de soda, scattered around all major Chilean cities, will typically serve these dishes for affordable prices. In Santiago visitors can easily taste them in the small locales near the front of the city’s central produce market, La Vega.

Pebre: The basic condiment for any Chilean meal, this is a simple mix of finely chopped tomatoes, onions, cilantro and spicy ají, or red pepper paste. Use it with virtually everything. Most restaurants will serve a dish of this on the table.

Seafoods: A wide variety of dishes are made with Chile’s famous fish and shellfish, including soups and stews using clams, mussels, eel and other ingredients fished off the coast. Some more unique creatures like Centolla (a large, sweet crab from the far south), locos (a meaty, white shellfish) and intensely flavored piure (not for the faint-hearted) are generally served either topped with mayo or a squeeze fresh lemon.   Seafood is of course best on the coast. Shellfish like clams and mussels are particularly tasty in Chiloé, while Centolla is a delicacy of Punta Arenas. In any major city or town, the central market is an ideal to try Chilean seafood preparations. Dishes will vary in price, generally from about CP$3,000-7,000.

Empanadas: Traditional Chilean empanadas are typically baked in the oven in an egg wash rather than fried. These over-sized specimens are most typically stuffed with pino (a mixture of meat, onion, olive and boiled egg), cheese or vegetables. On the coast, fried cheese and shellfish empanadas are common after long nights out. Corner shops, simple restaurants, grocery stores and specialized empanada shops are among the many places to find empanadas. A typical Empanada de Pino should cost anywhere from CP$500-800, while more complex creations at the best bakeries can range up to CP$1,300.

Pastel de Choclo: The same pino mixture is put in a baking dish and topped with a thick layer of sweetened cornmeal batter. Baked and served piping, it’s sweet, savory and delicious, but only available in the summer months when corn (called choclo) is in season. Picadas and fuentes de soda will sell these throughout the summer for around CP$2,500.

Humitas: Similar to Mexican tamales, mildly seasoned cornmeal cakes are wrapped in corn husks and steamed or boiled.  Like Pastel de Choclo, these are exclusively a summer delicacy. Also served in markets, picadas and fuentes de soda, these will cost about CP$500 each. A full meal will usually include two humitas and ensalada chilena (onion, tomato, cilantro) and will cost between CP$1,500-3,000.

Curanto: The regional dish of Chiloé, Chile’s largest island, was traditionally prepared by baking potatoes, chicken, meats and sausages in a large earthen pit lined with hot stones and covered to keep in the heat. Any Chilote (Chiloean) restaurant catering to visitors will serve some version of this dish, often for about CP$4,000 per plate. The traditional version prepared in the ground is a fixture of any major celebration. If you arrive in Chiloé while a festival is on, that will be your best bet.

Caldo de Pata: A warming soup with a clear broth, some vegetables and—most prominently—pig’s feet. Cheap and hearty fare like this is market food. In Santiago, try La Vega Chica where the dish should cost under CP$1,000.

Porotos Granados: A thick, rich stew of white beans, corn, vegetables and basil, this vegetarian dish (one of few in traditional Chilean cuisine) can also be served with sausage. Served primarily in summer like most corn dishes, porotos granados should cost under CP$4,000.

Asado: The term “Asado” actually refers to an event, not a food. Essentially a mixed grill, nearly every celebration or special event in Chile centers on the parrilla, or grill, where chicken, lamb, pork, longaniza (a Chilean sausage) and Chilean chorizo are cooked over smoking coals. To really experience this dish, try to get invited to a Chilean home. A gift of a bottle of wine or pisco should buy you as much meat as you can eat.

Sopaipilla: Deep fried disks of pumpkin dough are usually eaten with pebre and mustard and are easy to find on the street for about CP$100 (about 20 cents). These make a great snack, but for the real deal you’ll have to try them homemade.

Fuentes de Soda: Literally translated as “Soda Fountains,” these fast food joints serve meat-heavy sandwiches like churrascos (thin-sliced beef on massive wheels of bread, often topped with mashed avocado and loads of mayo), as well as Chile’s favorte street food, the completo. These hot dogs topped with sauerkraut, pickled vegetables, tomato, avocado and mayo are also readily available on the street. Fuentes de Soda are a common sight in most Chilean cities, but are at their most abundant in downtown Santiago. Most menu items should cost no more than CP$2,500.

Chupe: These thick casseroles of cheese and cream come in several varieties, most typically made with locos, jaiva (a type of crab) and mixed shellfish. Some picadas will serve these, but they are best tasted at one of Chile’s many fish markets. Depending on the shellfish used, they should cost from CP$3,000-6,000.

Ajiaco: A rich, clear-brothed soup made with meat that has been grilled on the parrilla the day before, imparting the taste of charcoal and smoke to the vegetables and broth. In the home, Ajiaco is usually served the evening of, or day after, an asado. Ajiaco can also be found at markets like La Vega Chica for around CP$1,200 or less.

Cazuela, Carbonara and Charquican: Either meat or chicken, with pumpkin, corn, carrots, onion, garlic and zucchini are the ingredients for all three of these dishes. In Cazuela, the most common of the three, the corn, pumpkin and meat are served in large chunks in a rich, clear broth. In Carbonara, the soup is made with rice and chopped vegetables, while in Charquican all are mixed and ground to a rough puree, then served with boiled egg. Cazuela is the most common of the three and should cost between CP$1,500-2,500. Carbonara and Charquican will be iavailable at picadas and other traditional restaurants for under CP$4,000, though they will be cheaper when they turn up in markets.

Mapuche cuisine: The food of Chile’s largest indigenous group is best found in and around the city of Temuco. It includes preparations of digueñes, a mild mushroom that grows on tree branches, and piñones, the large, pine-nut-like seeds of the Araucaría, or Monkey Puzzle, Chile’s national tree. Ask around in Temuco and nearby towns for restaurants in the area specializing in Mapuche preparations.

Pastries: Chileans have a definite sweet-tooth and whip up some marvelous pastries and sweets to satisfy it. The most typical are those involving manjar, or Chilean dulce de leche, which can be used as a layer in cakes, as a filling for croissant-like medialunas or sandwiched between cookies that are doused in chocolate. Follow the smell of fresh bread to bakeries where a medialuna will cost around CP$200. Cafes will also serve these along with coffee. Have a wander around the Santiago neighborhood of Bellas Artes for Chile’s most vibrant cafe culture.

Mote con Huesillos: A cold ‘juice’ made from dried peaches, water and sugar is poured over a barley-like grain along with the rehydrated dried peaches. This is most commonly eaten as a sweet, refreshing snack on the street. Signs proclaiming “Rico Mote con Huesillo” (delicious Mote con Huesillo) or Mote Heladito (ice-cold mote con huesillo) advertise the best places to try this snack. A small cup will cost about CP$400.