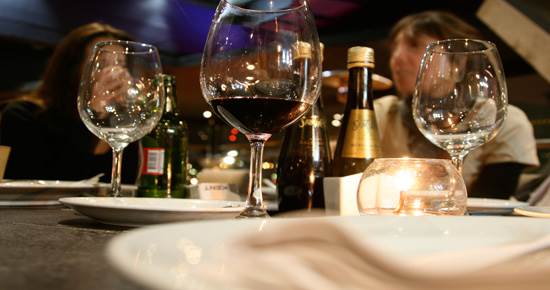 The land and the climate join hands to produce wines that have conquered expert tasters and citizens of the world.

Chilean wine is for export, a cause for celebration, and the reason for attractive tourist routes. Briefly put, there are good and multiple reasons to toast to Chilean wine.

Each bottle of Chilean wine is filled with culture that speaks of our geography, climate, enterprising spirit, and people whose work and lives revolve around the products that the grape offers.

For this reason, traditional celebrations include wine harvest celebrations, while the wine routes in diverse parts of the Central Valley have now become traditional. In these Routes, tourists can see the production processes up close and to taste the variety of grapes, while at the same time touring the area in the Wine Train that runs from San Fernando to Santa Cruz. It is precisely in the Colchagua Valley that the country’s best vineyards can be found. Excellent wines are also produced in Atacama, Coquimbo, the Central Valley, and in the south.

Words like Cabernet Sauvignon, Merlot, Pinot, Malbec, Sauvignon Blanc and Semillon characterize the Chilean wine industry and reveal the clear influence of French culture. Claude Gay stands out among the French experts who arrived in the 19th century, a botanist and naturalist who authored Gay’s Atlas and studied the country’s flora, fauna, geography and geology. The French contributed to the modernization of wine production and brought over the Cabernet Sauvignon, Cot or Malbec,

Riesling, and other grape varieties already mentioned, promoted the cultivation of French grape varieties and the refinement of blending and aging techniques. This is a French connection whose results are clear to see and on the palates of experts and amateurs. In addition to the improvements in the treatment of vineyards, technical elements were incorporated to allow local Champaign production. However, the Spanish brought the first grapes to Chile around 1550, long before the French made their contribution.

They were planted in the central valley near Santiago, an area with a Mediterranean climate with clearly defined seasons. With the passage of time the productive mix and experimentation gave rise to Chilean varieties, like the Carménère grape for example, which have received unique recognition for their quality. Investment in Chilean varieties has led to the introduction of modern technologies, legal regulations, classifications, and certificates of origin, which have facilitated the production of export wines that add to the country prestige.