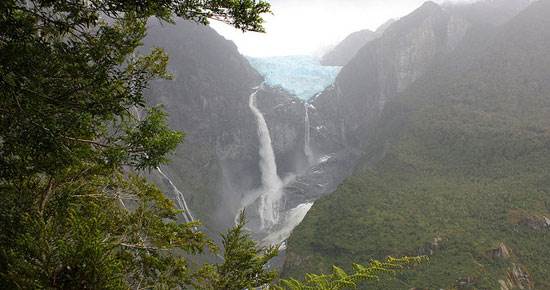 Using the traditional knowledge of Chile’s indigenous Mapuche people, a Dutch scientist is hoping to tackle one of the great medical problems of the world.

One of the many unique plants of southern Chile’s temperate rainforests could provide scientists with the key to overcoming one of the biggest challenges facing medical facilities today: infectious bacteria.

Aggressive infections are on the rise in hospitals around the world, and the development of treatment-resistant strains is posing a major problem for the pharmaceutical industry, which is struggling to keep pace with the ever-mutating bacteria.

In this scenario, “bio prospecting” – the practice of seeking alternative treatments based on genetic material found in unstudied plants –  is on the rise.

«For all intents and purposes, the drug industry is not pursuing research into new antibiotics,” said Dr. Jes Gitz Holler. “It is simply too expensive relative to possible earnings, and there is more money in drugs to treat chronic diseases such as diabetes… Research will have to find new paths, and natural substances are one of them.»

That research brought Gitz Holler, a young Danish scientist from the University of Copenhagen, to Chile, to learn from the Mapuche people, who have a proud tradition of natural medicine and have cultivated up to 500 different plants for medicinal purposes.

The results of Gitz Holler’s study – which have been published in the Journal of Antimicrobial Chemotherapy – could provide a major breakthrough in the treatment of the yellow staphylococcus, the most common cause of postoperative infections.

Yellow staphylococcus has been plaguing hospitals worldwide since the 1940s, and although the pharmaceutical industry has historically managed to develop new antibiotics in step to the pace of the bacteria’s evolution, it is a battle that is being lost to an increasingly aggressive drug-resistent bacteria.

Gitz Holler’s research studied the genetic make-up of the Persea Lingue tree, which has been used by the Mapuche to clean wounds. His findings could provide a natural solution to controlling the rampant bacteria.

«I have discovered a natural substance in a Chilean plant that is active in combination treatment with traditional antibiotics. Resistant bacteria have an efflux pump in their bacterial membrane that efficiently pumps out antibiotics as soon as they have gained access. The identified natural substance inhibits the pumping action, so that the bacteria’s defence mechanisms are broken down and the antibiotic treatment allowed to work,» Gitz Holler explained.

Gitz Holler emphasises that a commercial product will benefit the Mapuche people. At present there is a written agreement between the Faculty of Health and Medical Sciences and the representative of the Mapuche people, Dr. Alfonso Guzmán, who helped procure the plant material.