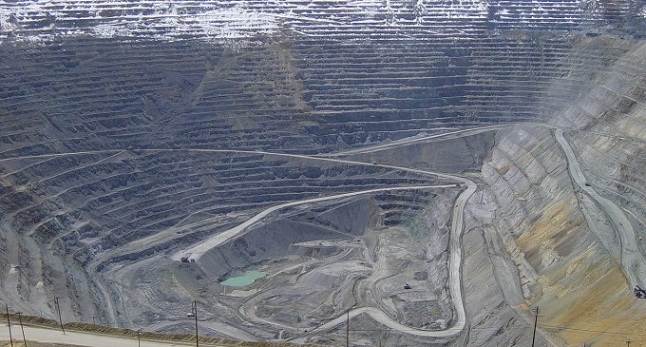 A “Mining Tourism Route” is set to open in the region of Antofagasta, allowing tourists to visit 24 of the most famous copper mines.

Chile isn’t exactly a country in need when it comes to tourist attractions. With its deserts, glaciers, mountains, volcanoes, vineyards and seaside towns, you would think any new idea would be in for a David and Goliath type battle. But, with the opening of Chile’s copper mines, it seems that as well as their momentous copper production, they could bring in the tourists too.

A total of 24 mines are set to open to the touring public next year, under the name of the “Mining Tourism Route”. The region is home to hundreds of mines, which include 19 large, 20 medium, 540 small and 100 micro-mines, all of which are responsible for the majority of Chile’s copper extraction.

Chile’s mines have been less profitable as of late, and as well as providing a unique way of teaching tourists about the commercial and economic advantages of the industry, it will also boost the cash intake for the mines. The region is hoping for an increase in tourism of at least 10% following the opening of this initiative early next year.

Up until now, the only way to see the mines from the inside have been by booking a private tour. But now the process has become a whole lot easier as a tour can be booked just as easily as any other tourist destination. The area is also well-known for its other tourist-based towns, such as San Pedro, Calama and Sierra Gorda, which will also be available to visit on these tours.

The city of Calama is perhaps the most famous mining tourist spot in Chile at the moment, being home to the Mining Museum, which enjoys great success in teaching people about this great Chilean occupation. Claudio Olguín, manager of Codelco’s Ministro Hales mine said that “it’s an excellent opportunity to demonstrate the work we are doing to everyone who visits us.”