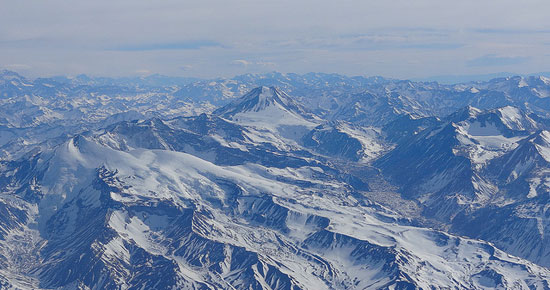 Archeologist Felipe Villela talks to This is Chile about the Incan influence in Chile and the child sacrifices found atop many of the Andean nation’s mountains.

While the illustrious Inca heartland is located in Cusco thousands of kilometers away from Central Chile, at its peak, the epic Incan Empire stretched deep into modern day Chilean territories. Evidence of their influence has been found as far south as Curicó, 124 miles (200 km) south of Santiago.

One way the Inca delimited their territories in a rapidly expanding empire was through child sacrifices that have been found atop mountain peaks within the Andes. Throughout the Incan empire the remains of over 100 child sacrifices, or Capacochas, have been found – and over 30 have been found within Chile. The southernmost of the Capacochas was extracted from Cerro el Plomo, just east of Santiago, and is currently housed in Santiago’s Museo Nacional de Historia Natural.

Eerily preserved due to freezing mountain-peak temperatures, these children have proven invaluable sources of information about indigenous ways of life before the arrival of the Spaniards in the mid-16th century.

Chilean archeologist and specialist in high-mountain archeology Felipe Villela spoke with This is Chile about the Incan influence and the history of archeology in Chile.

This is Chile:  What is unique about the geography of what once was part of the Incan empire?

Felipe Villela: The Andes Mountains act like a great spinal column, a gigantic spinal cord. They unite different worlds, a way of thinking and a way of life that is the Andean cosmology. . . Many times people have understood the mountain range as a limiting factor, and perhaps in winter it is. But overall, they generate more relationships than they cause disconnect.

TiC: Where have Capacochas been found in Chile and what was their significance to the Incan Empire?

Capacochas occupied the hill as a way of appropriating this symbolic resource…[the Inca] manipulated [the mountaintop] to benefit the empire. In this case the Capacocha is fundamental for establishing some kind of control of the community that lived in these locations.

TiC: Does this mean that there was some kind of religious cult towards the mountains?

FV: We have two different explanations. On the one hand, there is the state cult, or standardized cult toward the mountains through the Inca. On the other hand we have the adoration towards mountain deities that probably already existed long before the Inca.

It’s impossible that one empire in less than 100 years invented, inculcated, and evangelized its populations under one ideology. . . The Inca couldn’t arrive and talk about beliefs that no one had heard of before . . Something about Andean society before the Inca had some elements of a relationship towards the mountains.

We have to understand the Inca in this context, they culminate and synthesize an array of things that were already happening in the Andean world.

TiC: Can you describe the evolution of the discipline of archeology in Chile?

FV: At the beginning archeology was elitist and very fetishist as well—how to find and locate the object. Archeology began its development focusing on objects and not on knowledge about the people, this is what guided the discipline. In the 60s and 70s people started to question this ‘archeology of the object.’ This questioning led to an expansion of the archeological scope away from excavating cemeteries to incorporate living sites. We didn’t learn anything excavating cemeteries looking for beautiful objects if we didn’t understand daily life.