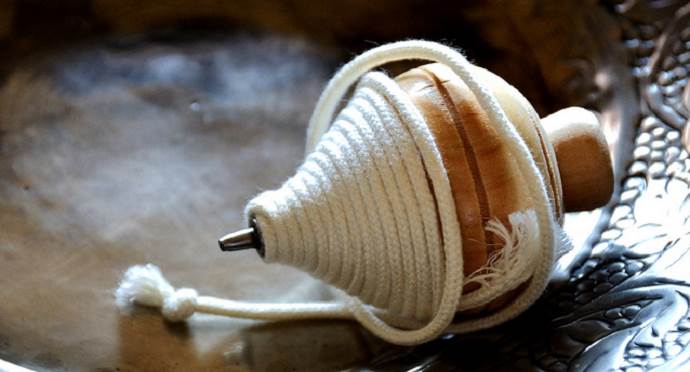 Who didn’t enjoy an afternoon flying kites and playing «luche»? We invite you to remember those afternoons with this list of seven traditional games that have become part of our identity.

Both children and adults have had the opportunity to spend a good time with a variety of games that reflect the folkloric and rural traditions of our country and Latin America in general. Going from simple games such as playing with marbles, to a 5 meter log covered in soap, here we present a list of 7 different games that are part of our heritage.

Emboque: Two wooden pieces connected by a string, one shaped like a bell and the other one a thin piece from where you hold it. With a steady pulse you have to try to put the bell on top of the holder («embocar»), a simple idea, but it can be a challenge that requires both practice and perseverance.

Kite: The favourite activity during the month of September. When spring arrives and the sun becomes more present during our days, the sky is covered by different coloured kites that compete in order to be the one that goes higher.

Marbles: There are different ways to play with this coloured marbles. One of the most popular styles is to draw a circle in the ground, then put a certain amount of marbles inside of it. Each player takes turns throwing one of their marbles in order to get them out of the circle.

«Rayuela» («Tejo»): Officially recognized as a national sport, a rectangular platform it’s located on the ground and crossed by a tight string. The players take turns throwing the «tejo», trying to fall over the line, the farthest it falls, the less is the score.

«Trompo»: A wooden piece with the shape of a pear upside down and a spike on the top, that is what constitutes the «trompo», you only need to wrap it a cord and release it. Despite of the simplicity of this game, it has mantain its popularity through the years, incorporating different variations of it, such as the «quiño», where two «trompos» hit each other until one of them crossed a line, turning into the loser.

«Luche»: To play the «luche» you just need chalk, a rock and balance. Several squares are drawn in the floor, each having a different number going from1 to 10 (although you can actually play to whatever number you want), each next to each other. The rock has to be thrown in each turn and you must jump from each of the squares, avoiding the one where the rock fell, always going from the smallest number to the bigger one.

«Palo Encebado»: One of the most difficult games to dominate. A 5 meter log is greased or covered in soap, and at the top of it prices are hung with the purpose of reaching them. More than anything, the fun part of this game is watching how most of the people struggle not to slip and fail. Remember that this game is not suitable for small children.