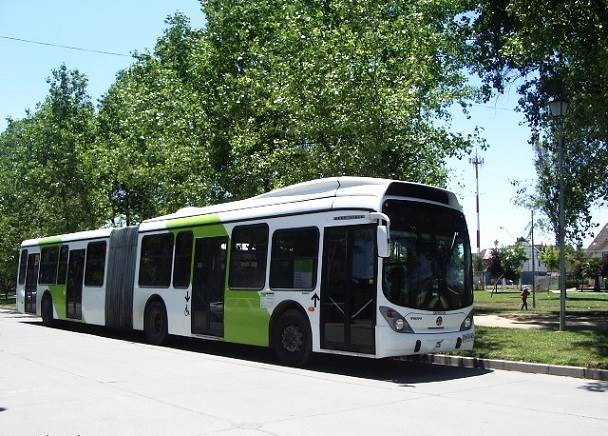 Living in Santiago can be expensive, particularly on a tight budget. However, there are a variety of means to move around the city without breaking the bank, plus a few ‘unofficial’ ways where you can bend the rules a bit and move through the city for free!

Walking and biking (Free!): Santiago is a great city to get to know just by walking from place to place. Over the past few years, biking has become very popular in Santiago, and the amount of bike lanes has grown extensively. However, many drivers have not gotten accustomed to sharing the road with bikers, so please be careful and wear a helmet!

Bicicultura is a great website with information on bike-related events and programs. One of its best features is a map with all of the bike lanes and paths in the city. You can input your location and destination, and it will generate the safest route to take via available bike lanes or safe streets for bikes.

Colectivos (CP$200 to $250 per ride, $0.32 to $0.40 USD): Colectivos are taxis that follow a fixed route within your comuna (“neighborhood”). They are usually completely black with a sign on top indicating the route. You share the colectivo with at least three other passengers who get dropped off at varying locations on the route. Ubicatucolectivo.cl gives information on the colectivos available in certain neighborhoods, but it’s not very user-friendly. Your best bet is to ask around your comuna for more information.

To maximize the fare, you can take a micro going in one direction, and return using a different micro or the metro within a two-hour period. You could also take the metro one way, and return using up to two different micros. The two-hour period begins once you tap the BIP on that first micro. For example, imagine that someone wished to travel from Metro Tobalaba to Museo Bellas Artes. One could take the metro from Tobalaba to the Bellas Artes metro stop, spend some time at the museum, and then take the 503 back to Tobalaba. If they tap the BIP card on the micro within two hours of tapping the BIP card at the metro, they only have to pay once.

[For informational purposes only:] If you are trying to save money, you can avoid paying the micro fare by saying permiso (“excuse me”) as you board the micro, or hopping on the micro through one of the back doors. However, these practices are against the law, so you will run the risk of getting fined or even arrested if the police or officials board the micro to check who paid the fare. Many micro drivers will kick you off the bus if you attempt to board without paying. Another cost-effective (but also illegal) way of using the metro or the micro is to “borrow” a pase escolar (“school pass”) from a Chilean friend. The pase escolar is a metro pass that allows students to use public transportation at a reduced rate (CP$210 per ride). While the cards are personalized with the name and the photo of the student, there are machines located at some of the metro stations where one can load money onto the pass.

Taxis (fare starts at CP$300): Taxis are readily available throughout the city, but are also the most expensive option. Santiago taxis are completely black with a yellow top and an orange license plate. You can hail a taxi from the street or use smartphone apps like EasyTaxi or SaferTaxi to request one and track its location via GPS.

Useful Online Resources: The following links are sites and apps that make moving around Santiago even easier.