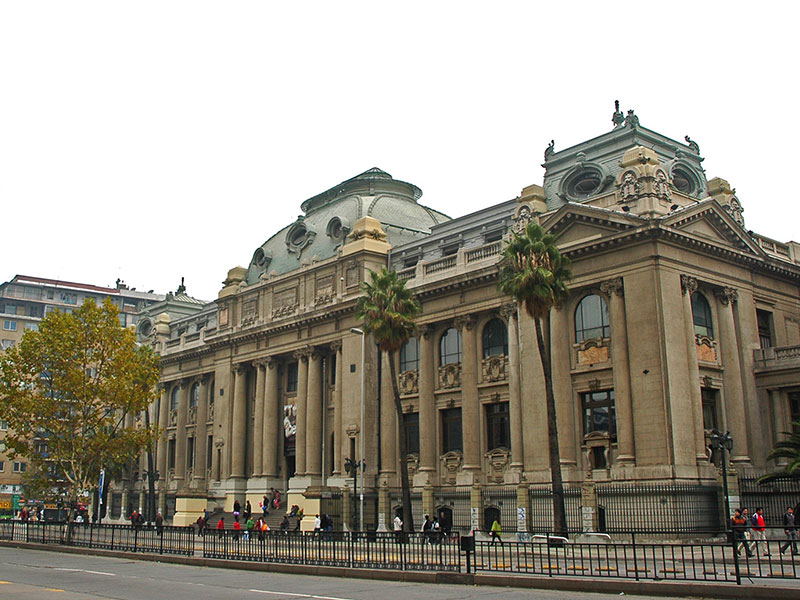 There is constant theater activity throughout Chile and it is renewed with professional casts and talented young people from theater schools. There is a tradition of dramatic expression in Chile, with its renowned dramaturgical quality and staging.

Over the course of history there have been works that, with music and humor, have appealed to Chilean culture and are presented frequently, such as for example La pergola de las flores, by Isidoro Aguirre, and La Negra Ester, by Roberto Parra and staged by the late director Andrés Pérez.

Theater in Chile also has hundreds of halls in cultural centers and is also presented outdoors, especially during the summer, when street theater thrives and the Santiago a Mil festival is held and dozens of Chilean works share a calendar of diverse shows for the public to enjoy, along with the international companies that come to visit.

Though not precisely a show, Chilean literature is a sure source of entertainment. Practically all Chilean municipalities have a public library equipped with information and communication technology.

The National Library in Santiago is a heritage building and several Metro stations have Bibliometros, places that also lend books, while some also have spaces for shows where roundtables, conferences, and poetry recitals are held. A tour that is directly related to literature is one involving visits to the homes of Nobel Prize for Literature Pablo Neruda in Santiago, Isla Negra and Valparaiso. At the same time, the Santiago International Book Fair and the similar fairs that are held across the country are a place of encounter for readers, authors, and books.

Chile is a small country that has been blessed with literary talent. Poets and narrators have been distinguished with important international awards. The Nobel Prize was awarded to Gabriela Mistral and Pablo Neruda, Jorge Edwards and Gonzalo Rojas have received the Cervantes Prize and Nicanor Parra received the Queen Sofia Prize, among others.

To discover works and writers who are less massive or accessible, there is a popular circuit of old book stores, in reference to their old but well-preserved books and collections. They can be found in the area around San Diego street in the southern part of the capital, as well as in Providencia in the east and in the mercado persa, a local flea market. If you are looking for new or recent publications, the book stores in downtown Santiago and in malls or major shopping centers are recommended.