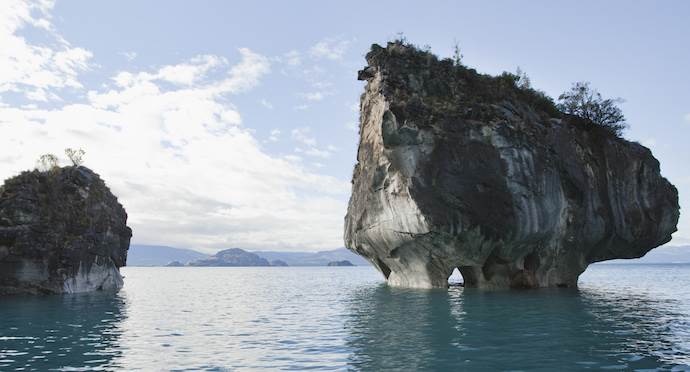 More than a thousand kilometres of lakes and forests, small towns, active volcanoes and lots of nature is what this road offers to those who decide to travel it.

Traveling through the whole Carretera Austral has become one of the goals for many adventure seekers and tourists that decide to discover a road that goes through small, isolated towns and great natural beauty. From backpackers to cyclers, including cars from all over the world, travel through the regions that are part of the road: Los Lagos and Aysén. What all of them find is a great adventure in the middle of nature.

The Carretera Austral is a road of more than a thousand kilometres that goes through National Parks, private parks and towns that go from cities like Coyhaique to small towns like Villa O’Higgins, barely reaching the 500 inhabitants and the last point of the road. On the other hand, the road itself is pretty diverse: mainly gravel roads, only some parts are paved and you need the help of ferries on some parts to get you through the complex geography of Chilean patagonia.

The road starts in Puerto Montt and only 100 kilometres south of the city you can already find impressive landscapes. Hornopirén National Park is one of the least known parks of the area, despite its more than 48 thousand hectares. Larch woods, the Pinto Concha lake and the Yates volcano, more than two thousand metres high, stand out in the park. Only 15 kilometres away is the town of the same name and the Llancahue hot springs.

If you continue south, and after a ferry ride from Hornopirén, you will get to the southern sector of Pumalín park. This park is privately owned and turned into a Nature Sanctuary and comprises more than 300.000 hectares of nature without human intervention (reason why it is not possible to access the park through its northern sector and only through Caleta Gonzalo). Pumalín has paths through mountains, fjords and glaciers, allowing the unique experience of walking through ancient forests.

South of Caleta Gonzalo in the city of Chaitén. This city is an important part of the road mainly because some ferries from Chiloé island arrive here, allowing some adventurers to start their journey here. Supplies can also be acquired here for those who continue south.

If you continue east, to the Andes, you will find Futaleufú, a small town that gets its name of the river that runs nearby. Internationally known for its currents, the Futaleufú river has one of the best drops for kayaks and rafts, which has increased the number of tourists that arrive to the area. Along with adventure sports, the simplicity of the town stands out, with pretty houses similar to the ones in Chiloé and some touristic infrastructure. Near the town you can visit Espolón lake and river and Futaleufú National Reserve.

Halfway from Futaleufú to Coyhaique appears the famous Queulat slope. A long and sinuous ascent has an amazing payoff: a panoramic view of the mountains and glaciers that are part of the Queulat National Park. The park is a protected area of more than 150 thousand hectares with several paths, among which the one that leads to the hanging glacier viewpoint stands out. Definitely worth a visit.

420 kilometres south of Futaleufú is the city of Coyhaique, the main urban centre and capital of the Aysén region. The city is a nice spot to stop and rest after the many kilometres traveled and to learn about the culture and traditions of the area.

South of Coyhaique is the General Carrera lake, the largest lake in the country. Famous for being binational (a part of the lake is in the neighbouring country of Argentina), its colorful water and for being the home of the Capillas de Mármol. Different towns are located in the lake basin and Campos de Hielo Norte is nearby as well. Multiple activities are available in this section of the trip: getting close to the Capillas de Mármol. walking on or sailing through glaciers.

With a population of three thousand, Cochrane is a city located in the valley of a river with the same name, surrounded by the valleys of the Baker and Tranquilo rivers. Nearby you will find a great animal refuge in the Tamango National Reserve, destined specially to animals like condors or huemules. The city also offers activities like kayaking in the Baker river, hiking trips, and more.

The Baker river starts in the General Carrera lake, and it will accompany all of those who decide to continue its journey south until it reaches the sea at Caleta Tortel. Tortel is a small town known for its cypress walkways, built to make front to the complex geography of Aysen.

Villa O’Higgins is the Carretera Austral southernmost town. In the border with Argentina, it has around 500 inhabitants, and it is known as the capital of the Campos de Hielo Norte. Founded in 1966, today is a perfect place for those who love adventure sports. It is located in the mouth of the Mayer river on the O’Higgins lake, and it is surrounded by several National Reserves. The nature is pristine, with possibilities to observe numerous native fauna.