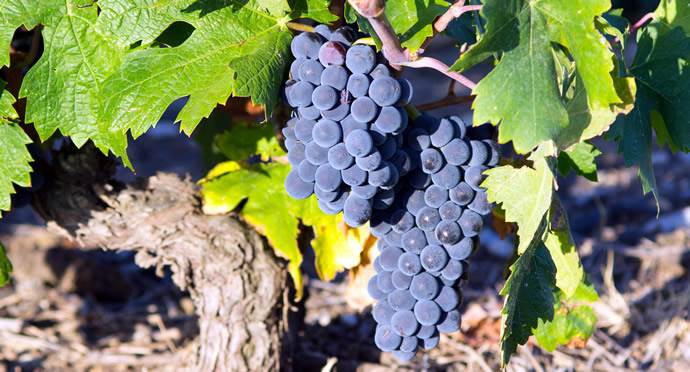 The history of Carménère is very special. Recognized as the most complex of grapes iwhen it comes to achieving its maturity, this is because it suffered more than any strain from the effects of the phylloxera plague, which affected wine grapes in Europe between 1860 and 1870, and France in particular, where this strain comes from. The disaster was so huge that the French, tired of the complexities of its cultivation, decided to stop growing Carménère, and later it was thought that it had disappeared forever.

Ten years before this happened, however, some rootstock of this grape had been sent to Chile. As a result of the crisis that Europe was going through at the time, a large number of enologists emigrated from Europe to Chile, giving a vigorous boost to the emerging and already powerful Chilean winemaking industry.

Notwithstanding, and in spite of the mass presence of highly qualified professionals in the country, Carménère was ignored. The reason? Nobody noticed its presence and it was planted together with Merlot and Cabernet strains, so that for many years it was sold as one of these varieties.

More than a century went by before the secret of this grape became unveiled. Up until then just a few samples had been kept for academic studies at the University of Bordeaux, the region in France where it had once been produced on a large scale. Specifically in 1991, French ampelographer Claude Vallat pointed out that some of the Merlot that Chile was producing was not actually Merlot, but he was unable to establish what stock it really belonged to.

“In 1992, we found in the wine guide that the Merlot that we blind-tasted had a greenish taste, a scent of peppers that is indicative of an immature wine, which is an essential feature of Carménère. We looked for all possible explanations: that maybe it was the soil, maybe it was the climate…”, says Héctor Vergara, head of the Chilean Sommeliers’ Association.

Two years later, Jean Michel Boursiquot, a pupil of Vallat’s, was finally able to determine that some of the varieties of Chilean Merlot were really Carménère stock, which had long since disappeared in Europe. Although the information gave rise to certain problems in the industry, these were rapidly overcome and the resulting end was the realization that this new discovery represented an enormous business potential for the Chilean industry in terms of the production of this strain in particular.

But it was not an easy process. “The change was gradual, because for a start all the Carménère strains were normally planted in the same place as the Merlot grapes”, says Vergara. “A complex process was involved, first separating the stock, then planting it and certifying that it really was Carménère”, the sommelier adds.

Current situation
The uncertainty that this produced in the industry at the time rapidly translated into action. Today there are more than 8,000 hectares planted and recognized as Carménère in the country. “Chile is the country that has been identified with this variety, distinguishing it from others in the industry”, indicates sommelier Ricardo Grellet. “If its growth statistics remain as solid over the next decade, it could even surpass the 27,000 hectares that are planted with Cabernet Sauvignon”, he adds.

The concern with quantity has been accompanied by continual improvement of the quality of Carménère wines. “At first, as we didn’t know how to work it well and weren’t informed as to which were the best places for developing the strain, our wines were a bit green”, indicates Vergara. “Now that taste has been disappearing, but it wouldn’t be wise to push it toward overripening because that would make it lose its essence, which is precisely its greenish taste”, adds the sommelier.

Promising future
Vergara believes that the potential of Carménère is gigantic, because Chile is the only country that produces it. “The international markets are always on the lookout for novel products and Carménère is certainly that. Although Cabernet Sauvignon is considered Chile’s number one strain, it is no less true that more than forty countries produce it. Our Syrah is fantastic, but it is already associated with Australia, while Malbec is renowned as an Argentine product, but in terms of Carménère we are unique”, he indicates.

But this is not the only reason. The appearance of competitors of the Chilean Carménère will not be easy, at least in the short term. “In the European climate it is almost impossible for it to ripe because it needs many hours of sunlight, which is an advantage for us”, explains the sommelier. “At first we produced wines that were quite green because we weren’t familiar with the vegetative cycle of the plant. That was counterproductive for us, especially in the United States, but I think we’re going to win over that market because the quality of the wines is much higher than it was ten years ago”, he stresses.

For these reasons he wagers in favor of Carménère as the spearhead for opening new markets for the Chilean industry. “If I sell wine, Carménère is always a novelty, and it serves as a spearhead. If I want to open a market I can present the Carménère and later display the rest of my portfolio of products. Chile is recognized among the international traders as the country for Carménère”, he concludes.