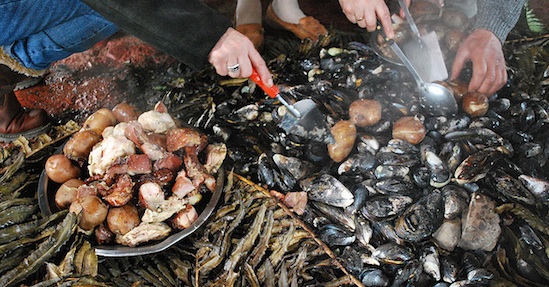 From north to south, the Andean nation has a variety of tasty dishes for everyone: Here’s our guide to the highlights.

Vast, diverse and, in many cases, unique — these are some of the words most commonly used to describe Chile’s many landscapes and ecosystems. But asides from great photo fodder, this variety of terrain, climate and vegetation has also been the inspiration for an equally diverse cuisine, evolving from region to region, incorporating new influences and ingredients across thousands of miles.

Javier Vergara, national director of the country’s tourism board Sernatur, explains that gastronomy is often a large part of the tourist experience when visiting Chile.

“Every dish speaks of customs and traditions of its place of origin,” he told La Tercera. “Think of the ‘cazuela de luche (seaweed stew)’ from Chiloé, or potatoes with chuchoca (a maize root, similar to polenta) in the north or a pork rib with spicy mashed potato in Maule.”

According to Sernatur, around 80 percent of visitors come to Chile with the intention of trying local cuisine or its world famous wines.

It’s not hard to see why: There is a lot to explore, even if you know one area well there’s likely to be plenty of surprises in store if you venture to another part of the Andean nation.

If we take the country’s northern limits as an arbitrary starting point, we are immediately confronted with an impressive variety of specialities. On the coast locals tuck into shark sandwiches, while much of the region’s food is characterized by vegetables from the Altiplano, many of which can be found at Arica’s highly recommended “El Agro” market.

Further south in the rich, central valley region, maize products dominate throughout the summer and traditional staples such as “humitas” — fresh corn, onion, basil wrapped in corn husks and baked  — and “pastel de choclo” — a kind of ground beef and sweet corn casserole — are everywhere.

Summer is also a great time to visit the region’s many vineyards and whet your whistle with some award-winning Chilean classics. Maipo, Casablanca, Cachapoal, Curicò and Maule are just a few of the valleys to explore for wine buffs.

Further south Chilean food takes another intriguing twist as the influence of the indigenous Mapuche cuisine and the rich tradition of the island of Chiloé become apparent. Among the recommend dishes is curanto, a seafood and meat stew cooked in a large pit!

If you still have space after all that, why not finish off with a bit of strudel, Chilean style? The German and Swiss immigration of the late 19th century brought with it all the dessert know-how we have come to associate with those European countries, so there’s plenty of kuchen for everyone!