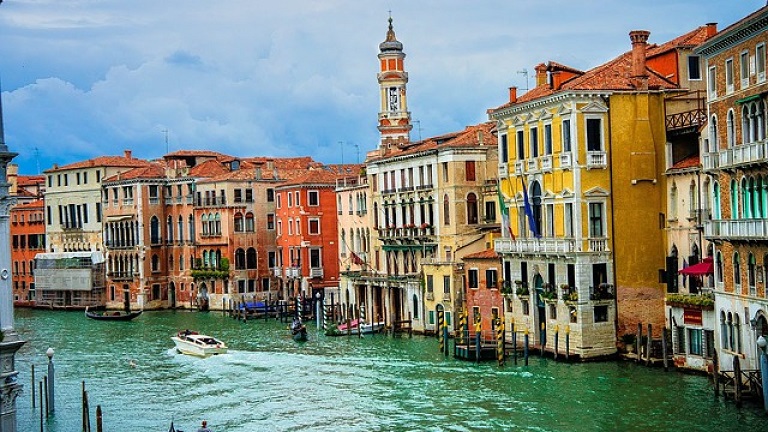 While a devoted sun worshipper wouldn’t dream of going on a holiday that doesn’t include a daily dose of vitamin D, if you can bear the Baltic temperatures, you may just have the holiday of a lifetime! Europe is loaded with perfect winter holiday destinations made exceptionally beautiful by the delicate dusting of soft, white snow. Picture roaming quaint cobbled streets, sipping Belgian hot chocolate at Christmas market stalls. Imagine being seated beside a roaring fire listening to chilling, age-old tales in Dracula’s lair. Enchanting scenery and striking landscapes create a unique, magical atmosphere just waiting to be explored! Here’s our pick of the best winter holiday destinations in Europe.

It’s often said that the best time to visit Budapest is during winter. The city comes into its own. The Gothic parliament building is impressive at any time of year, but when coated in snowflakes, surrounded by drift ice on the Danube river, it’s even more enchanting. A holiday to Budapest isn’t complete without a trip to the thermal baths, and it’s even better in winter. Submerged in hot pools of clear blue water watching billows of steam rise, surrounded by snow-capped buildings is a unique experience and that won’t be forgotten easily. Warm-up after with a hearty, steaming bowl of Goulash in a cosy, traditional Hungarian bar.

Renowned for its Christmas markets, warming comfort food and intense nightlife, Berlin is a winter paradise and one of the most popular winter holiday destinations. People travel from all over the world, specifically to experience the abundance of authentic Christmas markets. Everything from the quaint, neighbourhood collection of stalls, to the glittering, lively city bazaars. Wander the rows of perfectly lined, fairytale wooden huts selling every kind of gift imaginable, while sipping on spiced mulled wine and munching on chocolate-dipped waffles!

The sleepy canal system of Amsterdam is stunning all year round, but watching from a cafe as a blanket of snow falls on the cobbled streets makes the atmosphere feel especially magical. From November to January, Amsterdam hosts a light festival displaying a vibrant show of lights dancing off the surface of the canals. Spend the chilly evenings sharing a cheese fondue and a warming bottle of red while the picturesque streets outside twinkle with the million fairy lights lining the canals.

What could be better than wandering the streets of a real, fairytale town? Wandering the streets of a fairytale town covered with snow! Bruges is Europe’s most well-preserved medieval city which has somehow managed to retain all of its age-old charm. Live the fairytale by taking a ride in a horse-drawn carriage along the winding, cobblestoned streets, wrapped in a cosy blanket, clutching a Belgian hot chocolate. Trot past the twinkling displays filling almost every shop window, admiring the magical atmosphere. Winter bliss.

Paris is one of the most visited cities in the world, which unfortunately means it’s one of the busiest. However, come winter you may be able to climb the Eiffel Tower without queuing for 5 hours! The city of lights stays true to its name at Christmas. See fairy lights twinkling amidst the snow-dusted treetops. Extravagant Christmas displays on the promenades and cosy neighbourhood bistros serving up pungent raclette by candlelight. They say Paris is one of the most romantic cities in the world, and it’s even more so during winter!

Repeatedly voted as one of the best cities in Europe, Vienna has an opulent charm like no other. Especially in winter. The stately buildings and grand, imperial palaces look even more impressive iced in a pristine coat of snow. Vienna is famous for its carnival season from January to March, where it hosts hundreds of elegant, high-class balls. Dress to the nines and waltz the night away to iconic classical music. The coffee culture is also at its best during winter. Sit in the ornate cafes, tucking into an Apfelstrudel and sipping a warming Melange.

Almost guaranteed to have a lot of snow, Prague is well-known as being one of the best winter city breaks in Europe. Climb to the largest ancient castle in the world and take in the view which is spectacular on any day, but when the entire town is coated in a blanket of snow, is practically otherworldly. Attractions such as Charles Bridge have much smaller crowds (at least by Prague standards anyway!), and the Old Town becomes a proper winter wonderland. Wrap up warm to scan the art galleries and designer boutiques, then finish your days sipping mulled wine and nibbling on Trdelnik (delicious fried dough!). The Czech cuisine comes into its own during winter, based around hearty, steaming bowls of stew or warming soups – just what you crave during the bitter cold months.

Winter is St. Petersburg’s natural season and one of the most perfect winter holiday destinations! Picture grand palaces sparkling in the snow, elegant bridges arching over frozen, glassy rivers. Fresh snow falls daily, painting the entire city white, with the odd splash of colour from Russian Revival architecture illuminating the sky.  A quick tip – Russia in the winter is not for the faint-hearted! With temperatures often around -9°C, you need to be prepared. Join Russian’s everywhere looking fabulous dressed head to toe in fur! And a visit to a Russian Banya is almost a right of passage! They can apparently cure any ailment – from skin conditions to muscle aches to broken hearts.

Being such a small city, Venice can unfortunately get overrun with tourists – especially during peak season. But winter is another story entirely. Wander the labyrinth of lanes at your leisure, popping into bakeries for freshly cooked pizzas, or sipping Venetian hot chocolate, tucking into a warming plate of nutmeg butter gnocchi. No trip to Venice is complete without a gondola ride, but yours will be extra special in winter. Drift slowly through the fog walls on the grand canal – eerily peaceful and incredibly beautiful. Being one of the most romantic cities in the world, Venice doesn’t need a helping hand in that department. But isn’t everything always a little more romantic in the snow?

Plitvice National Park in Croatia is one of the most beautiful places in Europe. Inside its boundaries are 16 lakes ranging from every shade of blue to green, interconnected by hundreds of cascading waterfalls. In summer it is sublime, heavenly. In winter, it’s the stuff of fairy-tales. Waterfalls suspend as curtains of ice, creating elaborate, frozen patterns. Snow is almost guaranteed to cover the lawn fringing the blue pools. The park is eerily quiet during winter without the usual crashing of water into the pools below, but that only adds to the magical charm.

Each season at Lake Bled has its own beauty and charms. In winter snow-capped trees fringe the parameter of the lake, the white peaks of the Julian Alps rising above the skyline. The fairytale Bled Castle dusted in snowflakes, perched high over the north side of the lake. Hire a boat and row to the tiny island which houses a single, pilgrimage church and steeple. And if it freezes? Go ice-skating! There is also an excellent Snowshoe trek to do around Lake Bled – now that’s a unique way to see one of the most beautiful places in Europe!

Transylvania, a land shrouded in myths, legends and spooky stories. Apparently, the original setting of the dreaded Dracula, the medieval fortress of Bran Castle makes the perfect setting for one of the most magical winter holiday destinations. Of course, it is still incredibly beautiful in summer. But something about listening to ancient, scary vampire stories doesn’t quite have the same effect when the sun is shining, and the weather is hot! Bran Castle was made for dreary, stormy grey nights, hedged in with skeletal trees and barren grasslands. Sit beside a roaring fire listening to the myths and legends, learning about vampires, quaking under a cosy rug, mulled wine in hand.