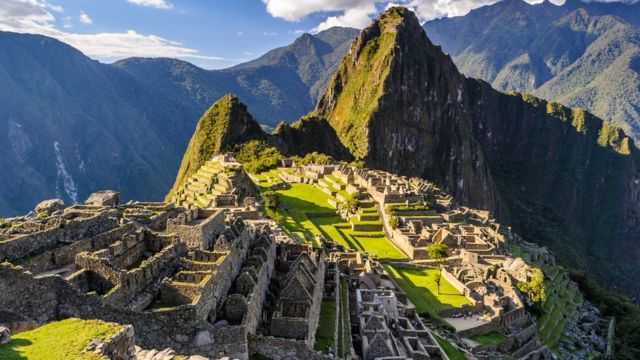 UNESCO World Heritage Sites are protected cultural and natural sites across the world that are significant to the heritage of humans or demonstrate outstanding beauty. The list of sites is constantly revised by UNESCO who have been working on the preservation of the sites since 1972.

Have we grabbed your attention? Then why not plan your 2021 adventure around UNESCO World Heritage Sites? Don’t worry, you don’t need to go through the 1,000+ listings. You can find a summary of the best ones below!

1. Palace and Gardens of Schönbrunn in Vienna, Austria

It’s no secret that Europe is a gem for history buffs, but did you know that well over a third of the currently listed UNESCO World Heritage Sites are located in Europe? The Palace and Gardens of Schonbrunn is one of the most stunning and well-preserved sites in Europe. It was designed by baroque architect Johann Bernard Fischer von Erlach who was trained in Rome – the “birthplace” of baroque. Schonbrunn is considered a masterpiece of the baroque architectural style and the palace was the residence of the Habsburg emperors from the 18th century until the end of the monarchy in 1918. It became a UNESCO World Heritage Site in 1996.

2. Budapest, Hungary – including the Banks of the Danube, the Buda Castle and Andrassy Avenue

Choosing the best UNESCO World Heritage Sites in Europe is not an easy task. From the medieval streets of Prague to important educational sites like Auschwitz, with over 400 locations in Europe alone, you’re bound to stumble upon several sites when you visit. The World Heritage Site listing for Budapest includes the Banks of the Danube, the Buda Castle and Andrassy Avenue. Therefore, you can easily spend a day, if not two, exploring the romantic center of Budapest.

Enjoy a walk along the river banks of the Danube admiring the castle district of Budapest. In particular, take your time examining the gothic Buda Castle which has had a heavy influence on architecture. Next, stroll down Andrassy Avenue where you’ll find other significant locations, such as Heroes Square and the Museum of Fine Arts.

Top tip: The Millennium Underground Railway, also known as M1, claims to be the oldest underground in continental Europe. Instead of walking, why not take a history trip on the M1?

The Historic Monuments of Kyoto are one of Japan’s 23 UNESCO World Heritage Sites but the listing actually consists of 17 locations! Kyoto was established in 794 AD and was the capital of Japan until the 19th century. Therefore it’s not surprising that Kyoto has a rich cultural value and no visit to Japan would be complete without making a stop here. The temples are masterpieces of the imperial times but also the nature and gardens surrounding these temples are breathtaking. You’ll struggle to visit all 17 sites during your stay and it’s best to pick and choose. Some of our favourites include the Kiyomizu-dera Temple, Saiho-ji Temple, Daigo-ji Temple and the Byodo-in Temple.

The UNESCO Site of Kathmandu Valley has seven significant locations. The first three are the Durbar Squares, which are located in Kathmandu, Patan and Bhaktapur. Each city’s square has a very unique feel so if architecture fascinates you, it will be worth making the trip to all three squares. The other four sites are Buddhist stupas and Hindu temples. The Buddhist stupa Swayambhu, also known as the Monkey Temple, is about 15 minutes from the center of Kathmandu and offers breathtaking views of Kathmandu Valley – if you’re prepared to work for it and climb the 365 steps!

Petra has gained much popularity in the last few years and has become one of the world’s most famous UNESCO World Heritage Sites. The city is half-built, half-carved in stone and is speculated to have been built as early as the 5th century BC. At its peak, Petra’s population was around 30,000. It’s often referred to as “The Lost City” because it was only re-discovered in 1912. As with many UNESCO World Heritage Sites, it’s hard to imagine that the people of that time had the logistics, skills and techniques to build this magnificent site. Therefore, it’s now one of the New Seven Wonders of the World.

The Nubian Monuments stretch across a wide area of Egypt. One of the most impressive sites within this area is Abu Simbel, which are two temples beautifully carved out of a sandstone cliff. The temples were built by King Ramses II in the 13th century BC and are located near the southern border of Egypt, right by the banks of the Nile River. The site was hidden under the safe protection of the sand for centuries and a Swiss explorer uncovered this cultural treasure in 1813.

UNESCO praises itself on the preservation of its member sites and Abu Simbel is proof of their proactive approach. This magnificent site was saved from rising waters due to a campaign that was launched by UNESCO.

The Los Glaciares National Park is located in the southern tip of Argentina, near the Chilean border. Many people associate UNESCO World Heritage Sites with historically important sites that are man-made. However, this National Park is a perfect example of UNESCO’s dedication to protect both man-made and natural sites. A visit to this UNESCO World Heritage site is rewarding visitors with views of mountains, woods and glaciers. The most famous glacier and one of the main attractions of the National Park is the Glaciar Perito Moreno, located in the southern part of the park. Witnessing the dynamic and ever-changing nature of this glacier will be worth a trip to “the end of the world”. Keep your eyes wide open and you might just see how the ice parts from the outer walls of the glacier.

Machu Picchu is amongst the most well-known UNESCO World Heritage Sites and hardly needs an introduction. However, if you have been to this spectacular site then you’ll know that it’s impossible to exclude. Machu Picchu is an old Incan city that was built in the 15th century, abandoned in the 16th century and re-discovered only about 100 years ago, in 1911. Whether you hike or take the train to this site, the views over this lost city are rewarding and will leave you speechless.

Machu Picchu is situated at 2,430 meters altitude and surrounded by steep cliffs. Prepare to wonder in awe how the Incas built a city made out of stone walls with such precision. You’ll appreciate it even more if you take on the challenge to hike to the site. Therefore it’s hardly a surprise that Machu Picchu is now one of the New Seven Wonders of the World.

Havana, and Cuba in general, is one of the few places on earth where a visit feels like travelling back in time. With scarce Wi-Fi availability, you might as well leave your phone at home and treat your holiday as a holiday, an opportunity to switch off from all the hustle and bustle of daily life. Stroll through Old Havana and discover this portected area. From stunningly beautiful colonial architecture in every colour to the famous classic cars. From the breathtaking sunset views to tasting Cuban rum. Old Havana will help you get into the flow of the Caribbean way of life.

Teotihuacan is a pre-hispanic city and is estimated to have been founded around 100 BC. Located a short drive from Mexico City, the site symbolises a very mysterious world and time that we still don’t know a lot about. This just makes it all the more intriguing to its visitors. At its peak, the city is thought to have been home to around 200,000 people and is said to have played a significant role in influencing the surrounding areas culturally. The most famous and impressive monuments within this ancient city are the Pyramids of the Sun and the Moon. Make sure to climb the 248 steps of the Pyramid of the Sun when you visit and be rewarded with stunning views over the complex.

UNESCO describes the Okavango Delta as “an exceptional example of the interaction between climatic, hydrological and biological processes” and it was the 1000th site to join the UNESCO collection in 2014. The Okavango Delta has many characteristics that make it unique. For example, it’s one of the only deltas that doesn’t flow into the ocean. Furthermore, the annual flooding actually occurs during the dry season. Running through the northern part of Botswana, the delta is also home to an abundance of wildlife. This includes many endangered species, such as the black and white rhinoceros, cheetah and African lion. Safaris on the Okavango Delta take place on small boats that seat 1-2 people, known as mokoros. It’s a unique way to discover the rare flora and fauna this site has to offer.