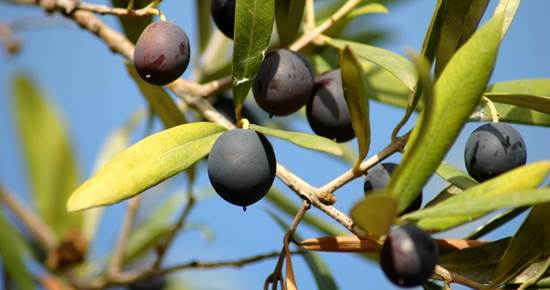 The new circuits will improve access to the all-but-undiscovered seaside, archaeological sites, and fertile valleys of Norte Chico, or Little North, between La Serena and Copiapó.

Visitors intent on exploring the desert landscapes of Northern Chile often pass straight to the wild lunar landscapes of the Norte Grande, or the Great North, and San Pedro de Atacama, missing out the Norte Chico (Little North) altogether.

Now, a new network of tourist routes in the Norte Chico could change all that, connecting the coastal town of Huasco to the inland settlement of Alto del Carmen, and giving easier access to the ‘Olive Route’, the 300km of Pacific coastline stretching north from Coquimbo and La Serena to the border of the Atacama Region.

The easiest place to begin is the city of Vallenar, roughly halfway between the cities of Coquimbo and Copiapó, connected by bus to Santiago nearly 700 km to the south. From here, travelers drive 41 km inland, through a fertile valley between dry peaks up to the town of Alto del Carmen, namesake for a popular brand of pisco. In Alto del Carmen, travelers can choose between two routes, called “Los Españoles” (“The Spanish”) and “Los Naturales” (“The Naturals”).

Los Españoles Route follows the road into the Valle del Carmen, and is named after the settlers that built towns there during the colonial period. Towns like San Felix, La Higuerita and Corral still contain historic structures from this period and also serve as bases for hiking trails farther up into the hills, some of which lead to even older indigenous sites.

Los Naturales Route follows the Valle del Tránsito through vividly striated hills, striped in shades of red and green by the rich minerals running through the rock. Along this route, visitors will encounter various archaeological sites associated with pre-Columbian cultures.

The ‘ruta los olivos’, or Olive Route, follows the road west toward the Pacific through the towns of Freirina and Huasco, where extensive olive groves are responsible for producing some of Chile’s finest olive oils. According to a story in El Mercurio, it is believed that Pedro de Valdivia, an early Spanish Conquistador, planted the first olive trees here in the mid-16th century.

A new road will also lead north along Pacific coast, connecting the city of Coquimbo with the quiet, fisherman’s bay at Caleta Chañaral de Aceituno about 30 km to the north. This road will improve access to the virtually deserted beaches along this stretch of the Pacific coast, as well as the popular Humboldt Penguin Reserve. Stretching as far as the coastal town of Huasco, travels will be able to move on to the popular beachside towns of Caldera and Bahía Inglesa as well as the major population centers of Coquimbo and La Serena 300 km to the south.

The fishing villages of Caleta Chañaral have already felt the benefits of the new road, with the demographic of tourists shifting from local visitors coming to the coast from Vallenar and Copiapó to a broader draw from Coquimbo, La Serena and even as far south as Santiago.