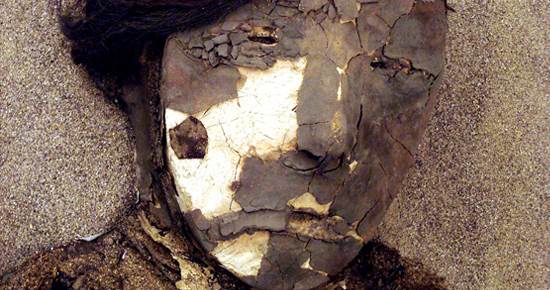 Tasty fruits and the world’s oldest mummies are found in this magical place.

Azapa Valle is known for producing delicious fruit. In the Azapa Archeological Museum one can admire an exhibit of Chinchorro culture, which worshipped the dead. The exhibit features the world’s oldest mummies.

Thirteen kilometers from Arica, right in the heart of Azapa Valley, is the San Miguel de Azapa Archaeological Museum, internationally known for its mummies from 7,600-year-old Chinchorro culture which are considered the oldest in the planet.

Chinchorro culture developed along the coast of Arica 9,000 years ago. The Chinchorros are characterized by their practice of mummification of the dead which antedated that of the Egyptians.

It may seem an exaggeration, but in Arica you will probably find the remains of Chinchorro mummies after a little excavating.   The entire area is, after all, a huge cemetery. An extraordinary collection is carefully preserved by Tarapacá University Museum in the Azapa Valley. The Museum has four mummies on permanent display.

If this is surprising, the story of Max Uhle, the first scientist to find and study the mummies of Chinchorro, is no less so.

Mad Max – as he was known in the world of archeology – was a taciturn scientist who spent most of his life in the company of no one other than the sun, the desert and the vultures who would signal to him the path of death.

Max Uhle, the father of South American archeology, was born in Germany. His father was a well-known surgeon from Dresden. Young one Max did not inherit a vocation for medicine but, yes, the liking for books. His passion was studying the skulls, bones and decomposing bodies that he found in the innumerable tombs he dug up throughout his life.

He carried out one of his very first assignments for the Berlin Museum, which sent him to South America to gather collection pieces. He arrived in Argentina in 1882 and soon reached Bolivia, where he became interested in Tiwanaku culture. Then, in Peru, Uhle discovered the Sanctuary of Pachacamac, and his first mummy, that of a 12-year-old girl.

In the 1920s, the Santiago Museum of Natural History heard about Uhle and hired him to organize an archaeological expedition. Max Uhle insisted on traveling to Arica, and, in 1918, discovered the Chinchorro mummies.

At first, he was stricken with horror. Uhle wrote in his notes, “The mummies reflect the savagery that these aborigines were still steeped in».

Today it is known that the practice included charring the bodies in fire the bodies and the extraction of the brain matter through the foramen magnum, after which the brain mass was replaced with feathers.

After the procedure, the mummies remained for years among the living. According to Uhle, the archaeological importance of the find was that in the mummies lay the keys for understanding how America was populated, which remains a mystery to this day.

Another special attraction in Azapa are the geoglyphs of Cerro Sagrado (Sacred Hill), in Pampa Alto Ramírez. They represent human and animal figures, of camelids, snakes and lizards. Also interesting are the burial mounds that are at least 2,000 years old. Not far from Alto Ramírez is El Chapircollo is located, a place full of geoglyphs, an ancient Aymara ceremonial center where to this day, each August, a llama is sacrificed in supplication for a good harvest.