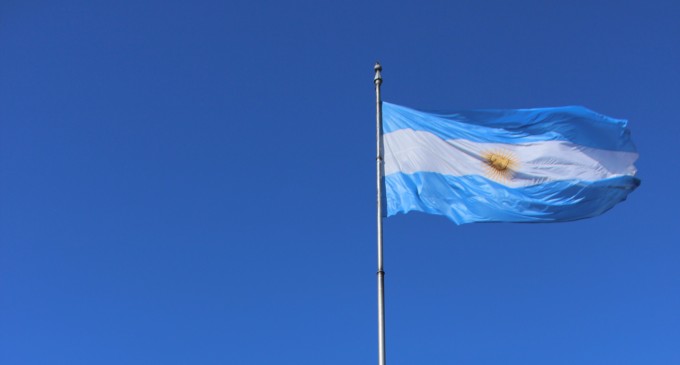 Argentina (official name, The Argentine Republic) is the eighth-largest country in the world, located in the southern part of South America. Argentina borders Bolivia, Brazil, Chile, Paraguay and Uruguay, with the Atlantic Ocean bordering the east.

Being such a vast country, Argentina’s landscape is diverse, to say the least. From the fertile plains of La Pampa to the raw beauty of Patagonia, it seems that Argentina has a little slice of each part of the world. Explore the dense jungle in the northeast, the rugged Andes Mountains on the Chilean border and the Atacama desert in the west. Hike the snow-capped Aconcagua and relax on the Atlantic coastal beaches in the east. Argentina has it all.

Compared to other South American countries, Argentina’s culture is more European than Latin American as the majority of Argentines are of European descent.

Family is one of the most important values in Argentina. Families are large, with extended members often living under the same roof. Other fundamental values include respect and honour, which can clearly be seen to influence everyday decisions at work and at home.

Argentines are welcoming, warm and friendly, however, you may find them to be very direct, even a bit blunt. Don’t be offended, they just prefer straightforwardness. They are passionate, sentimental and unreserved when it comes to talking to new people and tourists. You’ll often find Argentines to communicate physically, embellishing their conversation with hand gestures and touching the person they are talking to. Personal space doesn’t mean much in Argentina!

Argentines usually greet each other with a handshake, eye contact and a smile, however it is customary to be introduced by a third party rather than step forward to introduce yourself. If you are invited to a dinner party, it is not acceptable to arrive on time, but rather around 30 – 45 minutes late.

The most prominent language in Argentina is Argentinian Spanish. This variation of the language is quite different from the Spanish spoken in Spain, with people often remarking that it actually sounds more Italian. Italian is the second language most spoken in Argentina. German, French and Arabic are also commonly heard.

You will find that many people, especially those in the tourism industry, can speak English, but outside of Buenos Aires, you may struggle if you don’t speak any Spanish at all. However, if you can speak just a few words, locals are generally more than happy to help you out. Learning a few phrases can go a long way.

The capital city of Argentina is Buenos Aires. This cosmopolitan city is situated along the Rio de la Plata in the south-eastern shore of South America. With a population of nearly 17 million, it is the largest city in Argentina. Buenos Aires has one of the highest household incomes in South America, with residents having a high-level quality of life. The city is peppered with stunning historic architecture like Casa Rosada and Teatro Colon – a grand opera house.

Even if your nationality does not require a visa to enter Argentina, you may still need to apply for an ETA (Argentina Electronic Travel Authorization) which also lasts for a maximum of 90 days and can be processed online.

The CDC and the WHO advise for the following routine vaccinations to be up to date when visiting Argentina: Measles, Mumps & Rubella (MMR), Tetanus, Diphtheria & Pertussis (TDAP), Chickenpox, Shingles, Pneumonia, Influenza, Meningitis and Polio. They also recommend the following vaccinations for travel to Brazil: Hepatitis A, Hepatitis B, Typhoid, Yellow Fever and Rabies.

Argentina does have a risk of the Zika Virus with cases occurring in Chaco, Formosa, Salta and Tucuman. Make sure you take necessary precautions by using DEET repellents, covering up bare skin and sleeping inside a mosquito net.

Is it safe to drink tap water in Argentina?

Generally speaking the tap water in Argentina is safe to drink, especially in Buenos Aires and other major cities. However, there are some rural, remote areas in the country where it is not safe. Check with your hotel if you are unsure.

Electricity and plugs in Argentina

The plugs and sockets in Argentina are type C and I. A type C plug has two round prongs, and a type I plug has three flat prongs, spaced as a triangle. The standard voltage in Argentina is 220V, and the frequency is 50Hz.

We always advise our passengers to have a few essential numbers saved in case of emergencies. The most important ones to note in Argentina are:

911 – General emergencies in the Buenos Aires city and province

Travelling as a single woman in Argentina

Argentinian people are welcoming and friendly, however the main complaint from solo women is unwanted male attention. For the majority of the time, these occurrences are completely harmless actions such as whistling, staring and flirtatious comments as you walk by. Just ignore and walk away. That being said, attention can be quite persistent when at clubs and bars. Avoid this by sticking with a group of friends when you go out clubbing. There have also been reports of unwanted attention from unauthorised taxi drivers, so only use official taxis.

The other major safety concern in Argentina is theft. Luggage is often stolen at bus stations, so be sure to keep it on you at all times. Also, take extra care when exploring tourist sites, these are a magnet for petty theft criminals.

You’ll be happy to know that Argentina is very well connected, so wifi should not be an issue. Every hotel, hostel and guest house will have wifi to connect to, and almost all cafes, restaurants and bars have free wifi available. There is usually a sign on the front door advertising free wifi.

Buenos Aires is 3 hours behind London (GMT), 5 hours ahead of Los Angeles (PDT), and 2 hours ahead of New York (EST). Argentina runs on Argentina Time all year and does not switch to Daylight Savings Time. Visit timeanddate.com to calculate the time difference from your current location.

Due to being such a large country, if you are on a bit of a time limit, flying is the best way to travel. A journey that takes over 20 hours by bus can be done with a short two-hour flight. Argentina’s main domestic airport in Buenos Aires caters for flights all over the country to all major tourist destinations.

Travelling by bus is the most popular mode of transport. Many of the long-distance buses are fully equipped with televisions and reclining seats, and often serve snacks and hot meals. Tickets are usually purchased on-the-spot or can be booked online during high season.

Renting a car to drive around some of the more isolated landscapes is a great way to see Argentina. It can be quite a pricey option, but if the cost is shared between a group, it becomes much more reasonable. Many of the roads in Argentina are not paved and are in terrible condition, so we suggest only to rent a 4WD vehicle.

Two types of taxis operate in Argentina. Urban taxis are fitted with a meter and can be flagged down on the street. The other type of taxi is minicab radio taxis. These, you need to book by phone. These taxis don’t operate with a meter but have fixed rates for each destination.

The Spanish arrived in the country in 1500 with the first navigator arriving in 1516. Over the next few years, the Spanish claimed the land, leaving most of South America under Spanish rule. Spanish settlers arrived by the hundreds, building towns, ports, houses and building a life in Argentina. Buenos Aires was formed as the capital, which remains today.

In 1806, Britain attempted to invade but were brutally defeated. This win gave the settlers in Argentina the idea to seek independence from Spain. Buenos Aires was declared independent in 1816.

Initially, the United Provinces consisted of Argentina, Bolivia and Uruguay, but in 1820, they broke apart, forming their own separate countries. Bolivia became independent in 1825. A war broke out in 1828 between Argentina and Brazil, who used Uruguay as a buffer state.

In 1835 Juan Manuel de Rosas became the dictator of Argentina but a rebellion caused him to be removed in 1852. In 1880 General Julio Rica led The Conquest of the Desert and won. Meanwhile, roads and railways began being built as an easier way for Argentina to export meat, wool and grain, which by 1900 made Argentina the wealthiest country in South America.

In 1930 General Jose F Uriburu became president and held elections over the next few years where presidency passed over to Roberto Ortiz, then later Castillo. Then in 1945, Argentina declared war on Germany. After which, Juan Peron became president until 1955 when a revolution forced him to relocate abroad.

Many short-lived governments followed with the military removing each one. Argentina then fell under a brutal military dictatorship. During this time Argentina suffered greatly from inflation, and many protests broke out all over the country. This continued for several decades until Carlos Saul Menem took power and privatised industries, reducing the inflation issues. Argentina suffered a huge recession in 2001 but has since recovered with a strong economy, growing steadily. In 2007, Cristina Kirchner became the first woman president of Argentina.