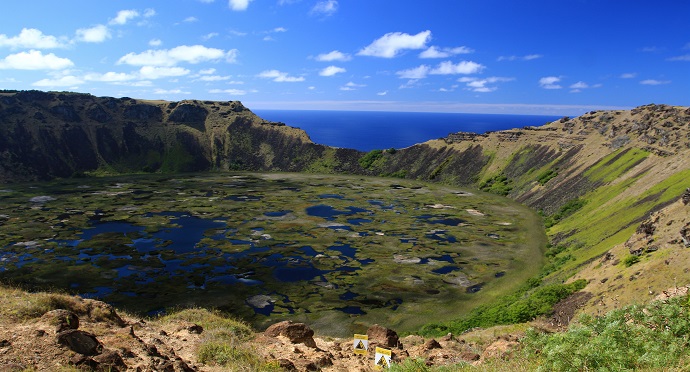 A variety of places with a great historical and archaeological load, which can help us get to know more about the life of ancient cultures that inhabited our territory.

Throughout Chile, due to the great amount of cultures that existed, and therefore to the number of pre-hispanic settlements, we can find a variety of sites not only with historical value, but also archaeological. Below, we prepared a list with some of the places that were part of our ancient history and that you can still visit.

The Anzota’s Caves are located 12 km from Arica. This natural rock formation is located next to the ocean shore, it was occupied by the Chinchorro culture as a place for shelter and survival, between the years 6.000 and 2.000 B.C. Since 2016 there is a free route through the coast that leads you to the archeological place, where also a few mommies were founds.

Located 3 kilometers away from San Pedro de Atacama, Pukará de Quitor is a pre-incaican village that goes back to the XII century and was built next to a hillside acting as a fort. It is sheltered by a ravine formed by the San Pedro river and the Grande river. Due to its historical value, its date and its archeological significance, in 1982 it was declared a National Monument.

One of the most ancient sedentary archeological sites of the north of Chile is located 7.7 km from San Pedro de Atacama, and it is around 2.300 years old. The Tulor’s Village remained buried under sand for many centuries, but in 1958 it was discovered by the Jesuit Gustavo le Paige, unveiling a city formed by circular constructions connected among themselves. Nowadays the village is administrated by the Atacameña de Coyo Community.

This ceremonial village, located in Easter Island, was built as a place to celebrate the gods Make-Make and the Tangata-manu competition. It’s formed by constructions shaped as boats, and due to the fact that currently they are partially buried, they resemble caves.
Its touristic attraction grows bigger due to its location on the hillside of the Rano Kau volcano, reason why it was never a permanent settlement, but just a ceremonial site.
Orongo also has several petroglyphs, which makes it the most important rock art site of Rapa Nui

One of the best hidden secrets of Los Lagos Region. Close to Puerto Montt is the Monte Verde archaeological site, where the most ancient settlement of the whole American continent was discovered. This site was discovered between 1973 and 1978, with human remains that go back 33 thousand years. It is also a key element when questioning the Settlement of the Americas theory.

Approximately 25 km south of the town of Chile Chico the Cueva de las Manos of the Pedregoso river is located. This site, placed in the General Carrera Lake’s surroundings, has one of most ancient sites in South America that have traits of «patagón» rock painting style. The isolation of the Patagonia is what makes it possible for this 10.000 years old imprints to be preserved.