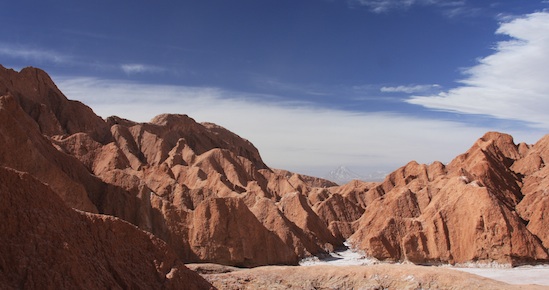 The 12,000 year plus settlement discovered in the Atacama Desert reveals long-hidden secrets about ancient civilisations in South America.

Buried in the beautiful but harsh climate of the Atacama Desert is something revelatory. Remains of an ancient civilisation found several years ago are now causing experts to question long-held beliefs about the region’s history after the archaeologists behind the find claimed the site could pre-date accepted estimates of the arrival of humans in the Americas.

The story begins a few years ago with the discovery of human bones in a site called Quebrada Maní, located on the outskirts of Iquique, over 1,100 miles north of Santiago.

The mixed Chilean/U.S. team responsible for the find have just published the results of their work in the journal Quaternary Science Reviews where they conclude that the remains of the settlement discovered could be up to 12,790 years old.

The find — which yielded over 1000 artifacts including arrowheads, stone tools, knives, sea shells and animal bones bearing cut marks — is one of several recent discoveries that appears to disprove the Clovis First theory. This projected theory holds that the Clovis culture of what is now modern-day New Mexico in the United States was the first to reach the Americas via the Bering Strait land bridge that is believed to have formed during the last ice age.

Claudio Latorre, one of the members of the team behind the Quebrada Maní find and researcher at the Universidad Católica’s Institute of Ecology and Biological Diversity, explained some of the clues he was able to draw from the remains at the site in northern Chile.

“They were people who dominated their surroundings in an incredible manner,” Latorre explained to La Tercera. According to the Chilean expert, the inhabitants of this settlement likely had contact with other groups and moved throughout the area between the Andes mountains and the sea.

This settlement is, however, only one of many important archaeological discoveries in Chile. Recent widely-publicised findings about the origins of Chinchorro mummies, also discovered in the Atacama Desert, led to speculation over why this people became the first civilization to begin mummifying their dead almost 7,000 years ago.