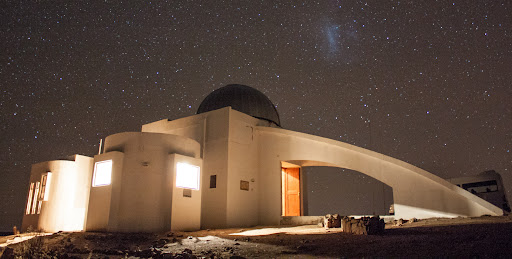 Chile’s geographic conditions make it a natural laboratory, perfect for scientific research and astronomical observation, because it has one of the clearest skies in the world. For this reason, today in Chile you can find more than forty observatories that, with different degrees of precision and depth, help decipher the oldest enigmas in the Universe.

But the natural conditions of Chilean skies and the shocking phenomena captured by the multiple telescopes located in the country attract the attention not only of scientist, but also of a growing number of tourists, both foreign and domestic. Astronomical tourism has gained importance since 1998 – year in which Mamalluca opened, the first tourist observatory in the country and still the most recognized and visited of its kind -, and is today one of the areas of tourism with more growth potential in the country.

Astrotourism has become one of the main motivations for foreign tourists to visit Chile, since its conditions and the chances of sighting astronomical phenomena cannot be compared with. At the same time, Chilean tourists are increasingly interested in knowing more about this area of scientific development, making visits to observatories a must in their trips to northern Chile. For these reasons, the country seeks to be the most outstanding destination for astrotourism in 2025.

One of the main characteristics of the growing astrotoursim in Chile is the variety of options. For those more interested in learning about the scientific development, it is possible to visit some of the most important international projects located in northern Chile, such as ALMA or the Paranal Observatory, who organize tours of their control centres. On the other hand, if what you want is to learn, but also observe and admire astronomical phenomena, you can visit one of the more that thirty tourist observatories in Chile.

Here you will find a list with the 35 tourist and the 13 scientific observatories in the country, sorted by region, north to south:

Atacama
The Atacama region has one observatory of each kind. Las Campanas is the scientific observatory, while the tourist observatory is called Inca de Oro

Coquimbo
The region with the most observatories in Chile has fifteen tourist observatories, and three scientific ones: Cerro Tololo, La Silla and Gemini-Sur

Valparaíso
The Valparaíso region has no scientific observatories, but it does have two tourist ones:

Maule
This region only has one observatory:

Bio Bío
The Universidad de Concepción has one scientific observatory called Wangulen Mapu, but in this region we can also find four tourist observatories: