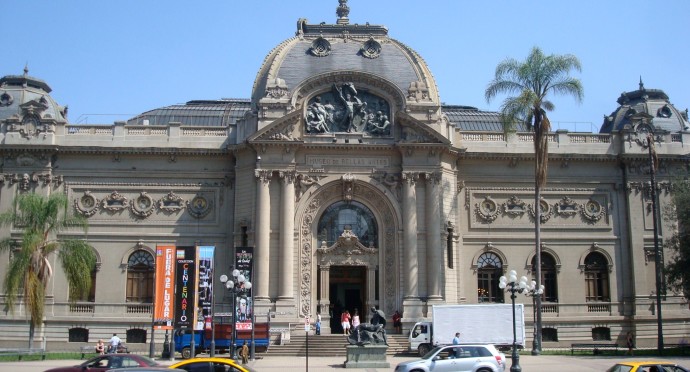 6 popular museums that invite us to learn more about our national heritage, history, art and culture.

In its more than 50 museums, Santiago gathers cultural manifestations from different parts of the country, including aspects such as arts, technology, education, heritage and, specially, history. We invite you to learn more about its most popular and most important museums.

Built as a celebration of Chile’s centenary, it is considered as the most important museum of the country, opening its doors all year long. Its aim is to spread the art, along with new and modern projects, from foreign and local artists. It currently holds the biggest art collection of the country. It is worth mentioning that the museum also has an amphitheatre, where national plays are constantly being presented.

With two buildings in Santiago, one located in Parque Forestal and the other in Parque Quinta Normal, the museum is one of the most relevant artistic dissemination centers of the country. Since its opening in 1880, the museum has been the home to different exhibitions that constantly attract a great amount of visitors.

It’s one of the three museums under the administration of the Pablo Neruda Foundation, and it is located in one of the most visited and bohemian neighbourhood of the city, the Bellavista neighbourhood. “La Chascona” was designed by the poet as a gift for Matilde Urrutia, his secret love during those years. Within it, is possible to find several objects that belonged to the poet, such as wooden carved masks and a great amount of original manuscripts.

It is the perfect place for those who want to know more about the South American culture before the arrival of the Spaniards. This museum was originally built with the donations of Sergio Larraín, who handed his huge collection of pre-columbian art. From this point on, the administration has been dedicated to acquire new pieces that can provide an insight to how life was during those times.

The primary purpose of this museum is to contribute to society and its development through the aeronautic heritage of our country. With this purpose in mind, the museum opens its doors free of charge, allowing the public to learn more about different planes, the space and everything that it entails. Within the exhibitions available in the museum it’s possible to take a tour through the development of aircrafts, Leonardo Da Vinci’s contributions to aeronautics, and reproductions of the models by the Wright brothers.

Open since the beginning of the 21st century, this interactive museum was created with the purpose of bringing science and technology closer to children and young people in Chile. The museum accomplishes this through games, activities and a great array of experiments. With over seven thousand square meters, it has over 300 interactive modules that are divided into different rooms, exhibitions and workshops.